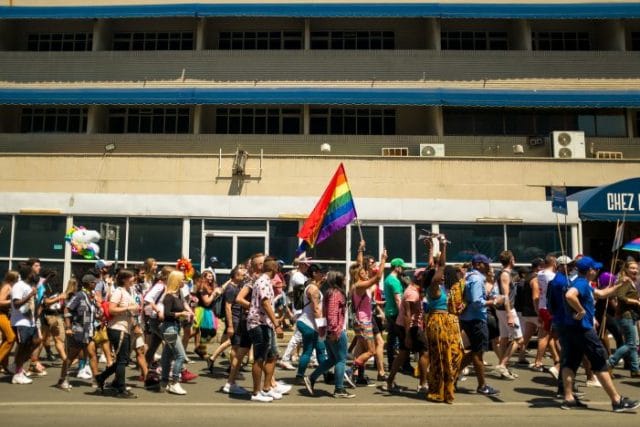 Johannesburg, capital city of South Africa, has been hosting Pride parades since 1990. The organization behind it, the Gay and Lesbian Organization of the Witwatersrand (GLOW), was founded in 1988 and has continuously advocated for progressive change since.

The parade in Johannesburg was the first to take place on the African continent. 800 people attended.

“I’m fighting for the abolition of apartheid,” said Simon Nkoli, anti-apartheid activist and founder of GLOW. “And I fight for the right of freedom of sexual orientation. These are inextricably linked with each other. I cannot be free as a black man if I am not free as a gay man.”

South Africa’s Constitution, which was enacted in 1996, provides everyone with the freedom from discrimination and includes sexual orientation. In 2006, same-sex marriage was legalized when the Civil Union Act came into effect. It was the fifth country in the world to institute marriage equality – about a decade ahead of the United States.

In the following years, the parades have started to become more of a celebration than an event meant for political advocacy. This caused clashes between the people who wanted to celebrate the LGBTQ community, and those who wanted to fight for social and political reform. In 2013, Joburg Pride, who used to organize the parades, split into two new committees.

Johannesburg Pride now organizes the main parade. The other committee, Johannesburg People’s Pride, has a clear goal of being “envisioned as an inclusive and explicitly political movement for social justice.”

Here are some photos from recent Johannesburg Pride Parades: 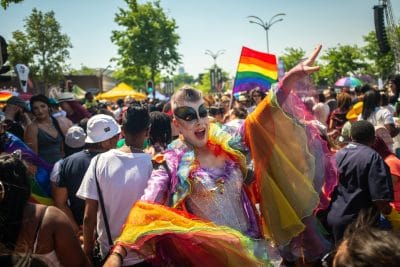 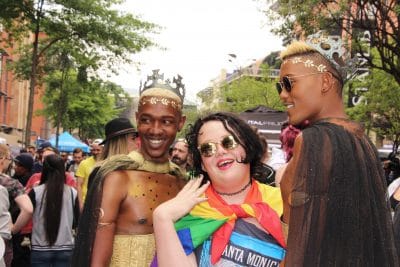