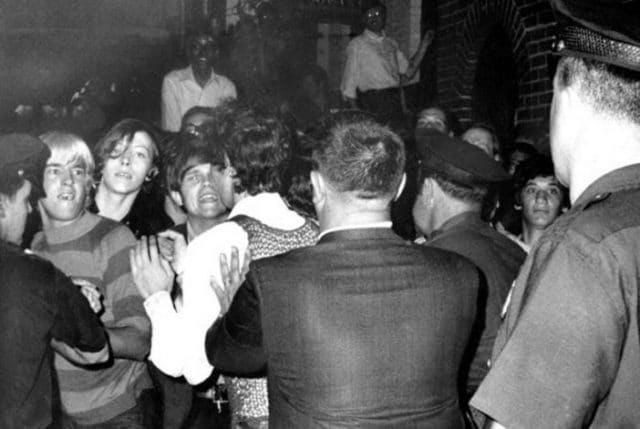 In the early hours of June 28, 1969, members of the Manhattan LGBTQ community stood face-to-face with nine policemen in front of the Stonewall Inn who were raiding the bar.

This, however, was not a typical raid. Instead of dispersing, approximately 150 people who weren’t arrested crowded in front of the bar. Protestors lit garbage on fire, broke windows and threw bottles and rocks at police. Decades of built up systemic oppression was being unleashed.

By about 4:00 a.m., the crowd had dispersed and the Tactical Police Force (TPF) had arrived to get the arresting officers out of the area. Most of them had been injured trying to contain the crowd, or been hit by debris.

The next night, riots continued as thousands gathered in front of the Stonewall Inn. Over 100 police officers were sent to break up the crowd, but no one left until the TPF arrived once again. The riots went on for a total of five nights.

The photo, taken by the New York Daily News, is reportedly the only photo from the first night of the riots. In it, street kids, including homeless youth who made the park across the street from Stonewall home, are shown getting into a fight with police. 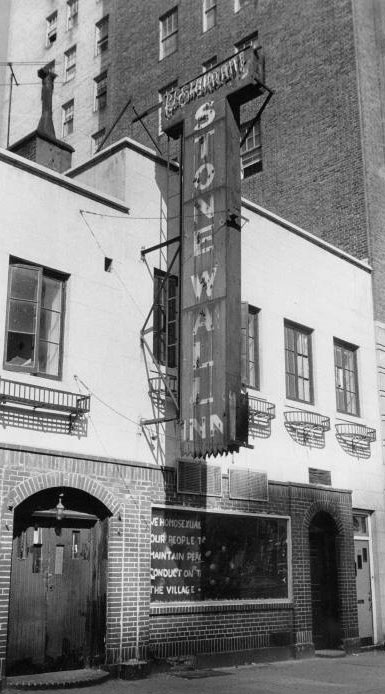 A photo of the Stonewall Inn, showing the Mattachine Society’s sign in the aftermath of the riots. New York Public Library