Home Gay Life Pride in Pictures: Sydney’s Pride parade is one of the best in... 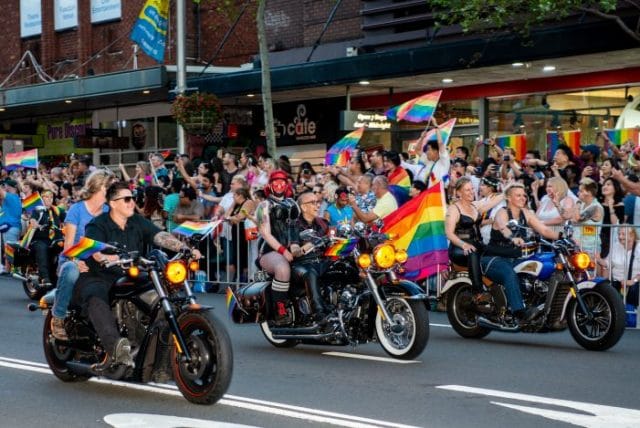 The Gay and Lesbian Mardi Gras Parade in Sydney, Australia started off as a human rights protest, and has grown to become a celebration of sexuality and expression. The first parade happened in 1978 and attracted about 500 people. In 2019, over 300,000 people attended the parade.

The parades started to end systemic discrimination and police brutality against queer people.

Australia is now recognized as one of the most accepting countries in the world, in regards to the queer community. A PEW research study in 2013 showed that 79 percent of Australians support the acceptance of the queer community. The Australian government has prohibited discrimination based on sexual orientation and gender identity since 2013.

There are also strong protections and campaigns against bullying within the school system. The Safe Schools Coalition was implemented by the federal government in 2014 to combat bullying and anti-LGBTQ abuse.

The Mardi Gras festival celebrates the progress that Australia has made in supporting the queer community.

Sydney Pride, who organizes the festival, hosts some of the biggest celebrities during the parade and after party. Between 17,000 and 20,000 tickets are sold to the post parade event every year. Calvin Harris, RuPaul, Nick Jonas and Cher have all performed.

Here are some pictures from the 2019 Sydney Pride Parade: 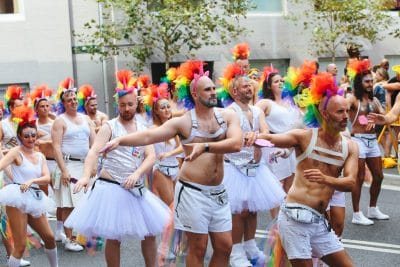 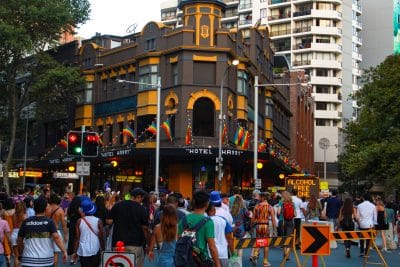 People come out to celebrate the 2019 Mardi Gras Festival in Sydney, Australia. Shutterstock