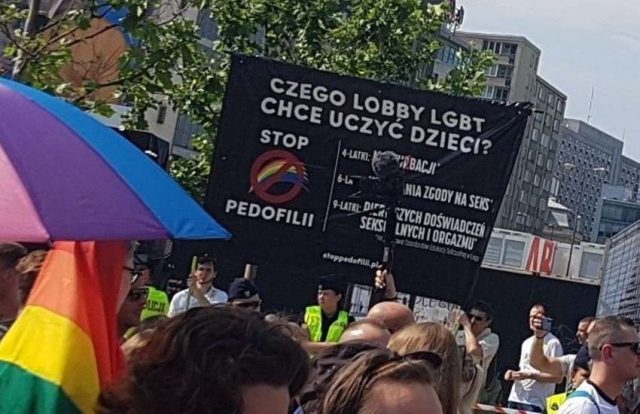 The event is the largest Pride in central and Eastern Europe. Year after year, it is the target of hate speech and a government campaign depicting it as a threat.

This year’s parade, whose theme is Love Is Great, saw the presence of Robert Biedron, Poland’s first openly gay mayor and leader of social-democratic party Spring.

According to a Twitter user, far-right extremists have infiltrated the parade to yell anti-LGBTI slurs at Pridegoers. Moreover, they compared being homosexual to being a pedophile.

‘This is disgusting, people showed up at Warsaw Pride just to scream that all gay people are pedophiles, that they destroy society, that western LGBT cultures are trying to legalize pedophilia, we fight for rights for everyone and get accused of this, disgusting,’ they wrote on Twitter.

The tweet include a picture of the parade. One of the protesters is yielding a placard reading, ‘What does the LGBT lobby want to teach children?’

The placard also bears a rainbow with a stop sign across it and the writing ‘Stop pedophiles’.

‘They also said that gay people just want to get easy access to children by teaching them sexual education, they said that LGBT people tell kids to have sex, I am disgusted with these people,’ they wrote in a further tweet.

‘They said that no one should be gay because they live 20 years less on average. First of all, that’s bullshit info and they blamed us for committing suicides and that its a sin and we’re terrible people,’ they finally said. 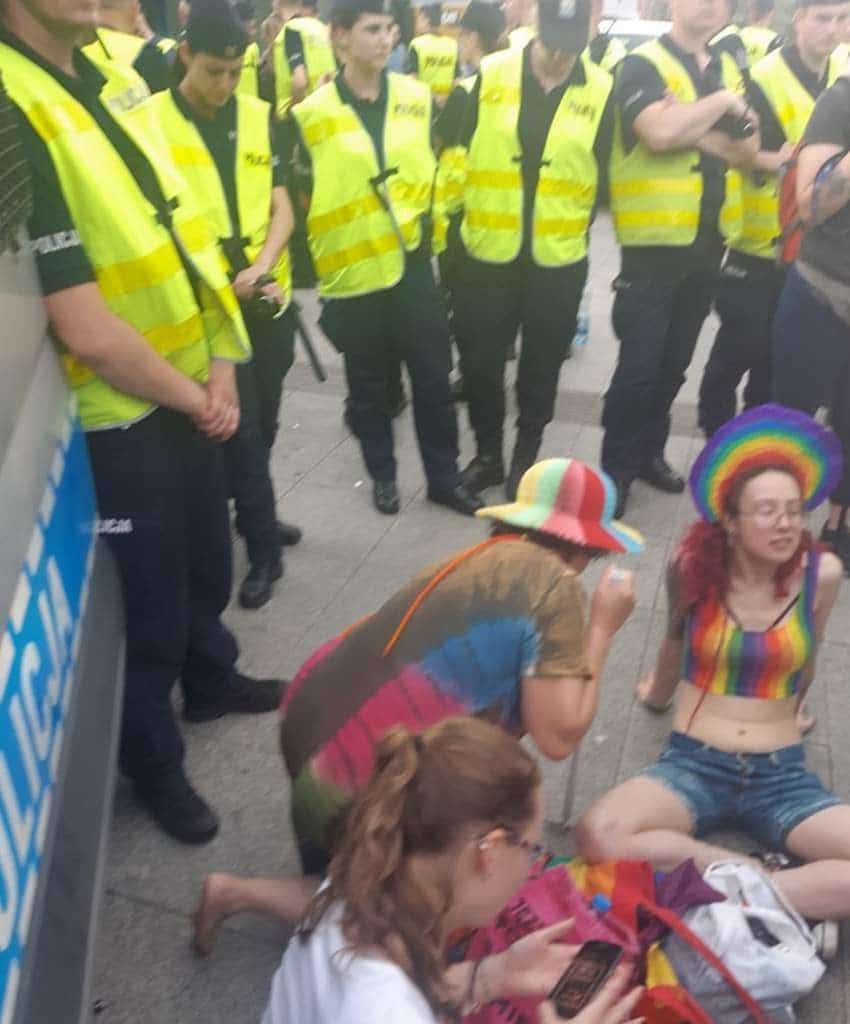 The video shows far-right extremists in a verbal confrontation with a Pridegoer. Lempart also claimed that someone from far-right fascist group ONR threw himself on a 16-year-old.

‘Fascists are attacking people, but police are detaining the antifascists instead,’ Lempart told Gay Star News.