Eight hundred and fifty miles from the South Pole, ten employees at McMurdo Station, the United Station’s main Antarctic station, decided to take a photograph with the rainbow flag to celebrate LGBT Pride, in a place it had never before been celebrated. Timing would be key so the group decided to take the photo on April 22—and not during Pride month in June—as by then there would be only two days remaining before the sun left the sky entirely, and the South Pole entered into four months of darkness, apart from moonlight.

Evan Townsend, who works as a “steward,” doing work in and around the galley came up with the original idea for the photo and his co-worker, Shawn Waldron, handled most of the planning. Townsend had wanted to take the flag picture on his own at the South Pole since it had never been done before. He was medically disqualified from taking the trip there, but he had the flag with him at McMurdo Station, and was moved by a sense of community among the other queer people there. “Why not take this photo and let people see that there’s queer representation—even at the end of the earth,” he says.

It’s a novel gesture and a fun way to celebrate Pride but it turns out there’s more to it than that.

McMurdo Station is dedicated to scientific research, focusing on a variety of disciplines including astrophysics, glaciology, geospace sciences, and earth sciences. The station operates year round but because a lot of the research is done away from the main station at sites only accessible by fixed-wing planes, helicopters, or tracked vehicles, most of the work is done during the summer, from October to the end of February. Aircrafts are unusable in the winter as most have a minimum operating temperature. Also, it’s difficult for scientists to take field samples during 24 hours of darkness, and search and rescue operations are much more difficult in the winter because of both the dark and cold. 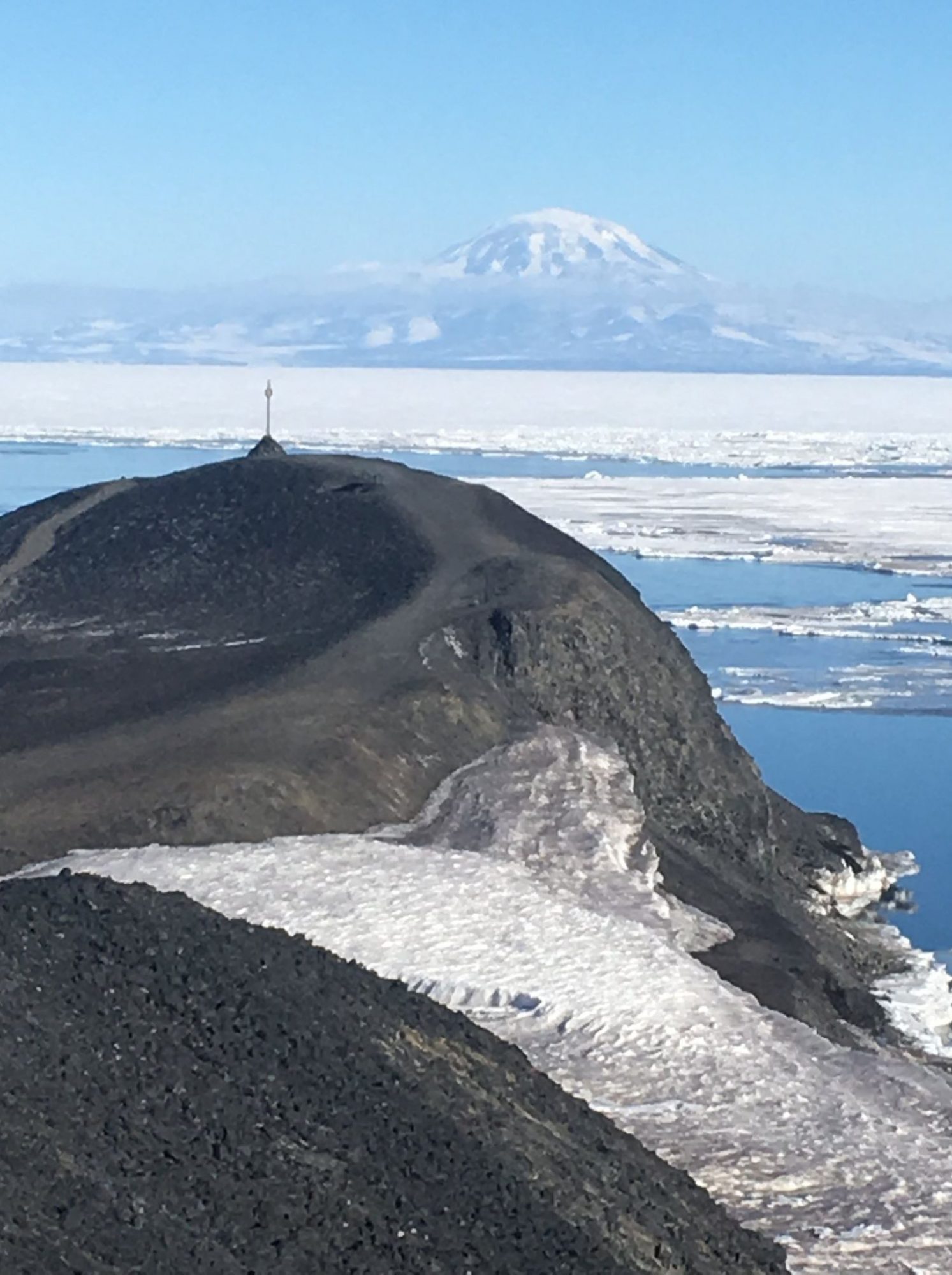 The closest major city to the station by plane is Christchurch, New Zealand, which is 2379 miles away: In a place that’s so remote it may as well be Mars, it’s surprising that there’d be any queer life at the station at all. At times during the summer there can be as many as 900 people stationed there, but now there are only 133 employees left for winter (winter at the Pole goes from March to September). Approximately 10 of them are LGBT.

“I found a group pretty immediately,” says Townsend. “We had a few LGBTQ social events that people showed up to, and also, because it’s such a small community, it’s easy to find out who is and who isn’t in the LGBTQ community.”

“My biggest fear before I left was, I’m going to be the only gay person, there’s going to be no one else here. I was wrong,” says Waldron, who decided to move to and work at McMurdo Station for the adventure of it—and because it was the only way for him to get to the continent.

Waldron and Townsend both work ten hours a day, six days a week. It might seem that it’s all work and no play, but there are happenings most evenings including board game night, volleyball, and open mic at the bar. The majority of these events aren’t queer, but queer life is more integrated than one might realize, Waldron claims: “You can be more open and just be who you are and nobody really cares.”

Rachel Bowens-Rubin, a lab technician who goes by “Dray,” has had a slightly different experience. Nobody has openly said anything offensive about their identity being queer and non-binary. They don’t have preferred pronoun so they’re okay with people using a mix of “she,” “he,” and “they,” but says that most people at the station see them as female.

“One of the first weeks I was here, one of the folks helping cook eggs called me ‘sir’ and then tried to correct himself and said ‘ma’am,’ and was embarrassed. I said, ‘It’s cool, whatever’s fine with me,’ and he was confused by my response. I tried to explain that I didn’t care, but I didn’t try to push it and he now calls me ‘ma’am’ every week which feels kind of funny,” Dray writes via email. “There are some people on station who I can tell view me as ‘female’ without any other considerations about who I am as a person.”

Dray lived in Cambridge, Mass., which they describe as generally being queer friendly, for most of their adult life. They joined different groups and communities there because they wanted to do things like talk physics, build wooden roller coasters, and dye their hair. The fact that those groups and communities were queer friendly was an added bonus: Over a dozen of their friends in Cambridge have changed their names or pronouns over the years, so it’s just a part of life there. “I’ve never sought out queer groups or communities. It’s just kind of the communities I ended up in for other reasons. 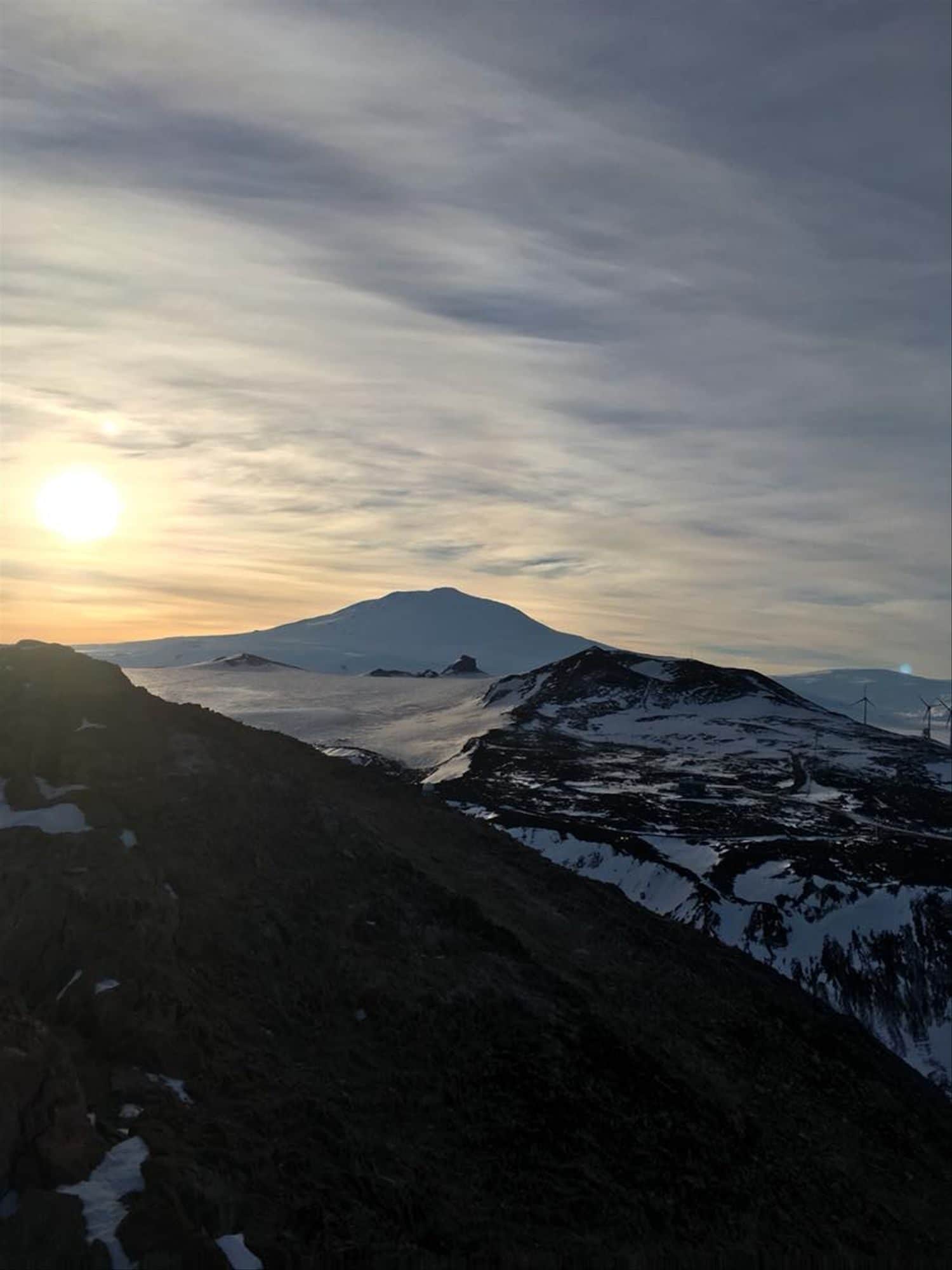 Dray finds that people at Mcmurdo Station are generally more quiet about their queerness in public, though some work centers are “a lot more loud and proud than others.” Specifically, the galley staff.

Dray has noticed some attitudes that part with their experience back home, including some shaming surrounding asexuality, the idea that somebody might not like or need sex. And with exception of one of Dray’s temporary roommates, there are no discussion of people being polyamorous, they write. But Dray hasn’t changed who they are just because they’re in a new environment. And it hasn’t been a problem:

“I dress like I always do, which is pretty gender non-conforming. Lots of people gave me compliments last brunch when I wore my button down shirt, vest, and steampunk goggles,” they say.

There are LGBT social events, as Townsend pointed out, which happen every couple of weeks in the summer. But recently there’s only been the one, the taking of the Pride photo in late April. There are so few queer people at the station now that they’re communicating regardless of the events.

For people new to McMurdo Station though, these events would be one of the only opportunities to meet someone special from the community. It’s not possible to use HER, Grindr, or similar dating apps there since there’s no wifi for a lot of the year. The Internet at the station goes through their satellite and the limited bandwidth is reserved for scientific research, not dating or hooking up. The wifi comes on in the winter, but residents are prohibited from going online with their phones.

Waldron entertains the thought of dating someone from the station, but is wary too. If things go south (figuratively), you can’t really escape. And quarters are close: Everybody at McMurdo Station lives in one of three buildings in the winter, and 11 buildings in the summer. But a vow of celibacy for months on end might not be feasible for some folks. People date, and some of those relationships have resulted in marriage.

The low bandwidth also means no Netflix; and there’s no VH1 either. They can’t keep up with the latest season of RuPaul’s Drag Race, but someone at the station was able to get his hands on last season’s RuPaul’s Drag Race All Stars. Waldron, who’s a fan of the show, can at least enjoy that.

From the outset it would seem tough to maintain one’s sexual identity in Antarctica, but it’s evident that for the most part that’s not necessarily the case. 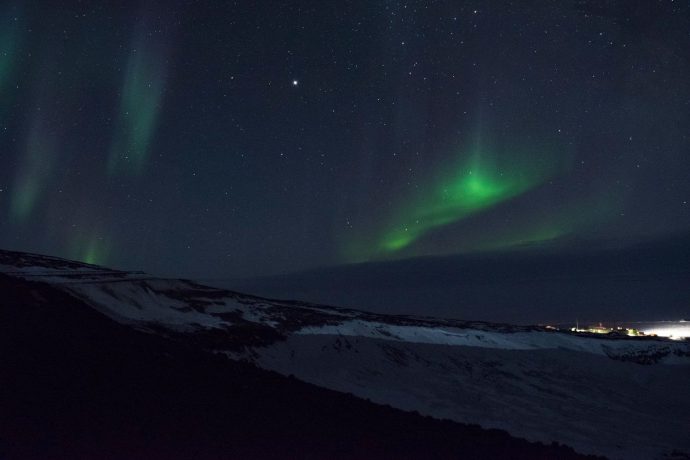 “Your identity you already have, so I don’t think this place would take it away,” Waldron says. The challenge, he says, is more about “finding the support for that,” Waldron says. And he’s found that support in the other LGBT people at Mcmurdo Station. “Doing that little celebration probably helps with the identity too.”

The photo is just an interlude to a Pride event they’ll host in June. The specifics are still in the works, but Waldron says that it’ll likely include a gay bar night and movie night. Dray is also trying to convince his fellow queers that they should do a small parade around the main building, using mock corporate sponsors like the station store, or to march on behalf of the gay penguins, throwing candy and making lots of noise.

“We may be thousands of miles away from any major celebration,” Waldron explains, “but we can do something.”

In the photo, the colors of the rainbow flag pop against the curious, bleak black, gray, and white landscape. The McMurdo Station staff add to the light with their proud smiles despite the frigid cold temperature (it was approximately minus 14 degrees that day).

This picture has much deeper meaning for Townsend. He grew up in a small town in southwestern Missouri where, he claims, hardly anybody ever left, except for him. He’s been traveling pretty consistently since graduating from university five years ago and has now lived and worked on every continent in the world, Antarctica being the last. 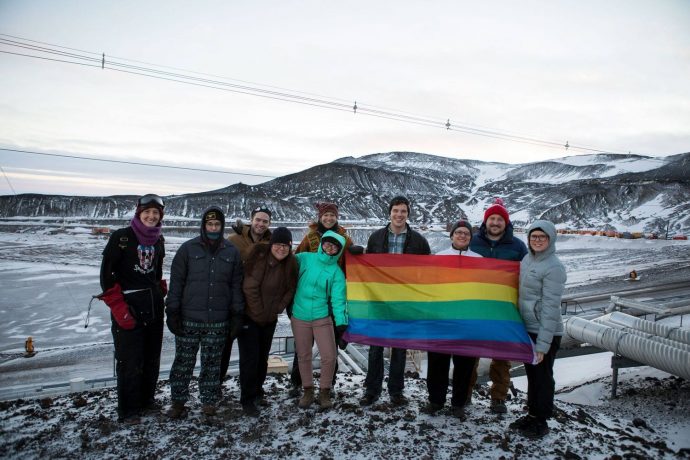 “There was nobody I could look to and say, ‘Oh, that’s what I can do,’ because even for me, the idea of traveling alone was such a distant concept… So just having an example of somebody who travels and can have those adventures would’ve been a great thing for me as a kid but even more so being able to see that there are queer people out there who are proud of their queerness and that in no way inhibits them from living these adventures.”