Home Gay Life Queues of up to 4km at Croatian border as summer holiday tailbacks... 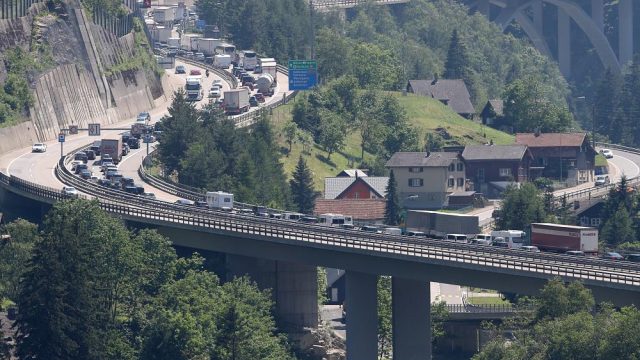 The start of the summer holidays has meant the start of summer tailbacks.

In Croatia, increased traffic from Italy and Slovenia has meant 4 km long queues at border crossings Kaštel and Plovanija, as well as Rupa and Pasjak and at toll booths in Lučko and Demerje heading towards Zagreb.

In Austria, a measure is due to come into force preventing travellers from Germany from leaving the A10 motorway near Salzburg to escape the congestion at weekends.

Local communities have been upset for years that nothing has been done about this.

“For the next weeks, until mid-August, members of the autoroute management, members of the state department, and traffic police will decide clearly upon the necessary measurements and to monitor the traffic flow,” said Franz Wieser, from the state press office in Salzburg.

Drivers who are caught trying to exit the motorway will be advised to return immediately and if they do not cooperate, police will punish them with a 35 euro fine and penalty points on their driver’s licence.

Meanwhile, over in central Switzerland, the 17km long Gotthard tunnel has seen queues of around two hours at its northern end due to holidays in many cantons.