Home Gay Life Relatives of Gay Man Who Passed Away Seek to Evict His Partner... 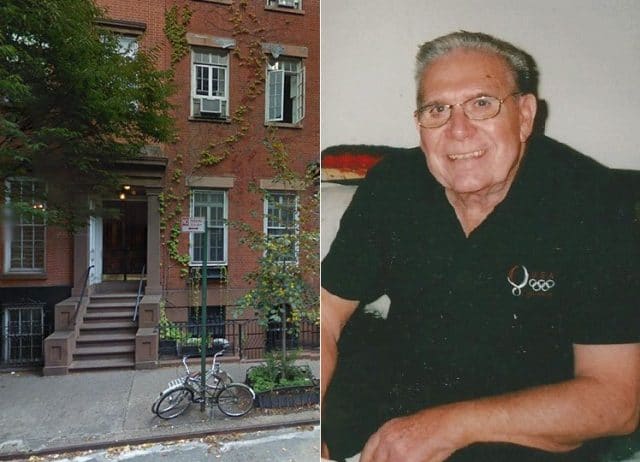 A man may lose his apartment to the relatives of his partner because of an issue with a legally invalid will.

Tom Doyle lived with his partner, Bill Cornwell, in a three-story West Village brownstone for 55 years. Over their six decades together, the couple watched the neighborhood transform into a safe haven for the city’s artists and gay population to one of the most expensive locales in the city. Doyle, however, could find himself homeless. Cornwell died in 2014, and his family is contesting the will, a legal battle that could force Doyle out of the home the men shared.

Cornwell, who passed away at the age of 88, left Doyle everything in his will. There was, though, just one problem: The document was only signed by one person—Doyle’s niece, Sheila McNichols. Without a second signature on the will, it’s legally invalid. That means that claims on the home goes to his next of kin.

Cornwell’s nieces and nephews, thus, argue that they have a legal right to own, operate, and even sell the building, whose appreciated worth is estimated at $7 million.

“He had 50 years to put Tom’s name on any of these papers,” Carole DeMaio, Cornwell’s niece told The New York Times. “The will was never a valid will.” DeMaio further claimed that the two—despite their many years of cohabitation—were never a couple. She said that they were just “friends” or “great companions.”

Another issue is that the men, who lived most of their life together at a time when same-sex marriage was illegal, never wed.

“We were talking about getting married,” Doyle said. “Bill even sent away for two rings. But we’d have to make two trips, one for the license and one for the ceremony, and we were both north of 85. And after a lifetime together, marriage doesn’t mean that much.”

But when it comes to property rights, it does. Doyle’s lawyer, Alan Schwartz, is arguing that the couple’s relationship constitutes a common law marriage. Although such unions are recognized in the state of New York, these partnerships were recognized in Pennsylvania until 2005. The two traveled to the Keystone State in 1991, where they frequently vacationed, to adopt a dog.

“New York Courts will recognize common law marriages if they would be recognized in a state where a couple visited, even if the visit was brief,” Schwartz has said.

Cornwell’s relatives have attempted to offer a compromise deal to Doyle: He can live in the building for five years at a rent of $10. They believe that deal should suffice, as they don’t expect Doyle—who is 85—to live much longer than that.

Doyle, though, has refused the offer.

“I’m not so concerned about the money,” Doyle told the Times. “I’m more concerned about a roof over my head for the rest of my life, and I wouldn’t have to be in a nursing home. As long as I am here, I have all the familiar surroundings. It’s almost as if Bill is still here.”