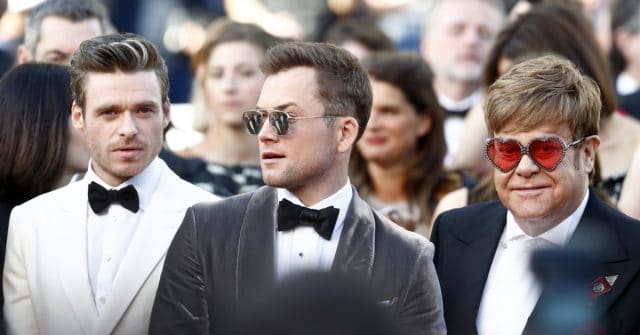 The Elton John film Rocketman has been banned in Samoa due to its depiction of homosexuality.

He told the Samoan Observer that the film does not “go well with cultural beliefs here.” Samoa has a population of about 200,000, 97 percent of whom are Christian.

Apollo Cinemas in the island’s capital, Apia had been due to show Rocketman, but wrote on Facebook that it had cancelled the screenings “due to censoring issues”.

The cinema’s technical specialist Simon Kenchington told Australia’s ABC News that rather than cutting the sex scenes, “the entire film was rejected because of the homosexual content.”

Kenchington also confirmed that cuts were made to Freddie Mercury biopic Bohemian Rhapsody so that it could be screened.

“That’s something we’ve always had to censor out, even if it’s just a little kiss between two people of the same sex,” he said.

“With the way the world is at the moment, it does make Samoa look very backwards,” he said, stating that it was not his place to say whether that was right and wrong.

Rocketman tells the story of Sir Elton John’s rise to fame, and features a sex scene between the musician (played by Taron Egerton) and his manager John Reid (Richard Madden).

Sir Elton revealed that he fought off attempts to sanitise the story to achieve a lower age rating, writing in The Guardian: “I didn’t want a film packed with drugs and sex, but equally, everyone knows I had quite a lot of both during the 70s and 80s.

“There didn’t seem to be much point in making a movie that implied that after every gig, I’d quietly gone back to my hotel room with only a glass of warm milk and the Gideon’s Bible for company.”

Rocketman was released in most countries without any cuts, but was censored in Russia without the filmmakers’ knowledge.

Sir Elton releaseda joint statement with the crew on May 31 which read: “We reject in the strongest possible terms the decision to pander to local laws and censor Rocketman for the Russian market, a move we were unaware of until today.

“That the local distributor has edited out certain scenes, denying the audience the opportunity to see the film as it was intended is a sad reflection of the divided world we still live in and how it can still be so cruelly unaccepting of the love between two people.”