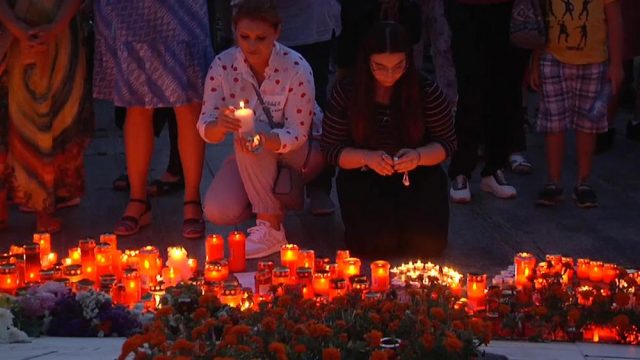 A murder suspect in the southern Romanian town of Caracal has admitted to killing two teenage girls, his lawyer said on Sunday, in a case that sparked nationwide outrage.

Gheorghe Dinca, 65, who works as a mechanic, has been detained over the deaths of Alexandra Macesanu, 15, who was last seen earlier this week, and Luiza Melencu, 18, who was reported missing in April.

“He confessed the facts,” Dinca’s lawyer Bogdan Alexandru told reporters at the suspect’s residence in Caracal.

Macesanu called the European emergency number 112 three times, saying she had been kidnapped by a man while hitchhiking to her home village.

Official statements show it took authorities 19 hours to locate and enter Dinca’s residence, as they struggled to locate her calls with improper technology, tried to secure unnecessary search warrants and dealt with insufficient police staff.

Prosecutors have established both girls were hitching rides to their villages from Caracal when kidnapped. Insufficient public transport is a widespread problem in Romania.

The case has prompted the prime minister, Viorica Dancila, to consider increasing penalties for such crimes.

“I’m analysing the possibility of calling a referendum to ask Romanians if we should have drastically harsher penalties for murder, rape and paedophilia,” Dancila told reporters.

Thousands of Romanians took to the streets of the capital Bucharest on Saturday to protest at the police handling of Macesanu’s case.

Protesters gathered outside Dinca’s house. Their anger is not just directed at him, but also the police. One protester carried a banner saying “your carelessness kills”.

At the scene, the police found what appeared to be human remains in a barrel as well as jewellery.

Forensics analysts have yet to confirm the identity of the human remains they found at Dinca’s residence.