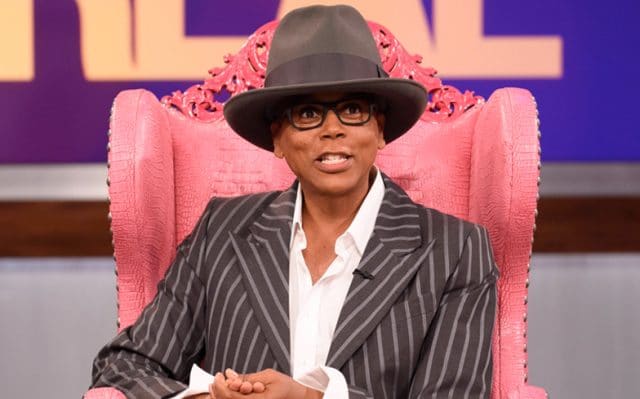 As well as filming multiple season of Drag Race a year, launching his own talk show in June, and releasing new music, Mama Ru has been busy filming a brand new comedy series for streaming service Netflix. Does he ever sleep?

During an appearance at RuPaul’s Drag Con in LA over the weekend, Ru spoke about his upcoming projects with Pit Crew member Jason Carter for Entertainment Tonight, and he revealed AJ And The Queen will drop in January next year.

“AJ and the Queen is a show on Netflix that comes out in January, that was created by Michael Patrick King (Sex And The City) and myself,” he confirmed.

The new series will star Mama Ru as Ruby Red, a “bigger-than-life but down-on-her-luck drag queen” who travels across America in a rundown RV from the 90s, accompanied by a wise-cracking 11-year-old orphan called AJ.

Oh, and every episode, RuPaul will visit a drag club and perform a “killer musical number”. As if our excitement levels weren’t through the mother-tucking roof already?!

Hold on to your wigs! RuPaul will star in “AJ And The Queen,” a new Netflix comedy series, created by RuPaul and Michael Patrick King! pic.twitter.com/CBotYAh5OM

“It is the most challenging thing I’ve ever done because it’s acting like a real human. Usually in acting roles, I play the gay best friend or the neighbour. This is a fully rounded human being with all of the emotions,” he continued.

Related: Anne Hathaway bursts into tears after being surprised by her idol RuPaul

Elsewhere, fans are anticipating the debut of Drag Race UK later this year, which will see RuPaul welcome a cast of 10 drag queens from around the United Kingdom to compete for the crown across eight episodes on BBC Three.

It was recently reported that Cheryl will join RuPaul and Michelle Visage on the judging panel as a special guest judge, as well as British comedians Alan Carr and Graham Norton, who will rotate every episode like Ross Matthews and Carson Kressley.