Home Gay Stars Sam Stanley hits back at critics of his relationship: ‘There’s a lot...

Sam Stanley has hit back at critics of his relationship.

Earlier this year, the former professional rugby player announced his engagement to his long-term partner Laurence Hicks, 59, but some people couldn’t get their head around the couple’s age difference.

In a new interview, Sam has revealed that while he expected some judgement, he was stunned by how much of it came from the gay community.

Speaking to Queerty, he said: “I think if you’d caught the reaction to our engagement online most of the hate was from other gay people.

“That surprises me quite a lot with what gay people alone have to go through in terms of being judged. There’s a hell of a lot of judgement just within the gay community. 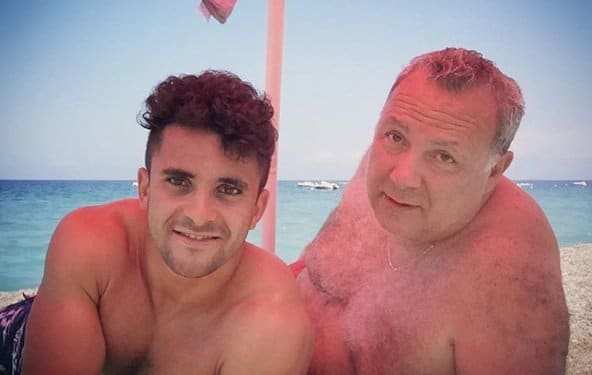 Sam’s fiance, Laurence, continued: “Younger gay guys who are obviously not into generational relationships don’t get it at all, particularly the difference in body size.

“Funnily enough, most of our straight friends are very comfortable with it. We both know the intergenerational thing is not everyone’s cup of tea, but please don’t judge either of us without really knowing us or appreciating the love we have for each other and the joy we bring to each others lives,” he added.

Sam became the first English Rugby Union player to come out as a gay when he opened up about his sexuality in 2015.

In the heartwarming post back in April, he revealed that his partner had been in his life almost seven years, and that they couldn’t wait to tie the knot.

“After being a part of each others lives for almost 7 years, @lorenzo_uk has been my pretend godfather, uncle, cousin and many others in order to make sure no one found out about us and that we were a couple, funny looking back after having come so far together. The most loving man I know and I’m incredibly happy to say we’re now engaged!”