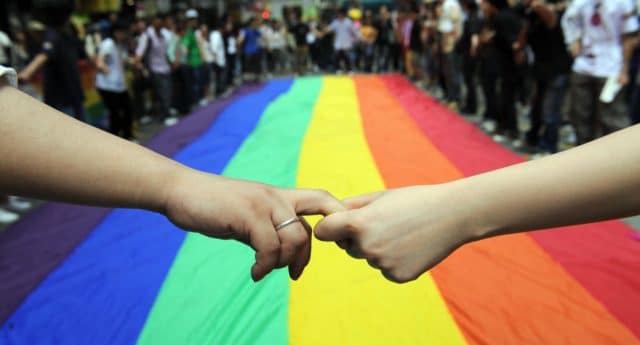 Hong Kong has made spousal visas available to same-sex couples for the first time in the wake of a court ruling—but the government has firmly ruled out permitting same-sex marriage.

Hong Kong only recognises marriage as between a man and a woman, but the international business hub has come under pressure from employers and LGBT+ activists to respect the rights of same-sex couples.

In July, Hong Kong’s Court of Final Appeal ruled that same-sex couples who have entered unions elsewhere must have their relationships recognised as part of the spousal visa application process, following a high-profile challenge from a lesbian couple. 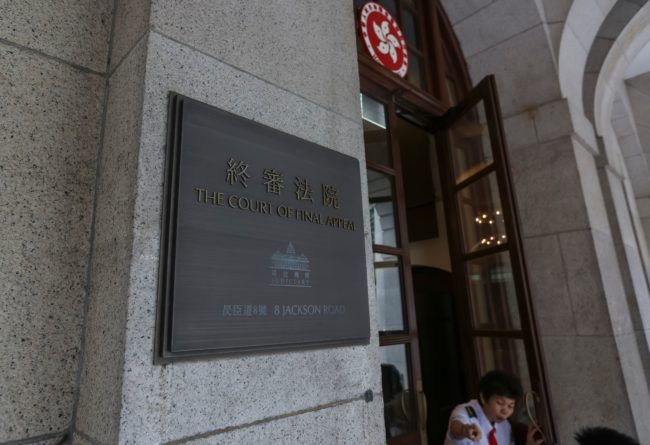 In the wake of the ruling, the government has announced a revised policy that goes into effect this week. The new policy allows the recognition of same-sex unions for visa applications, but no other element of law.

The Hong Kong government confirmed: “From September 19, 2018, a person who has entered into a same-sex civil partnership, same-sex civil union, ‘same-sex marriage’, opposite-sex civil partnership or opposite-sex civil union outside Hong Kong with an eligible sponsor in accordance with the local law in force of the place of celebration and with such status being legally and officially recognised by the local authorities of the place of celebration will become eligible to apply for a dependant visa/entry permit for entry into Hong Kong.” 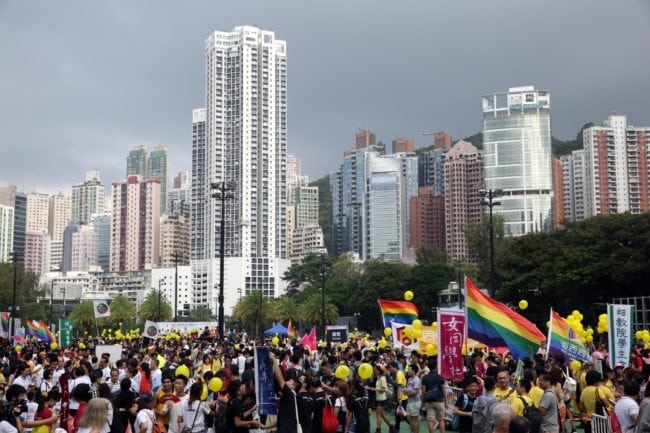 LGBT activists in Hong Kong (Isaac Lawrence/AFP/Getty)A spokesman added: “As the [court] recognised in its judgment, a valid marriage under Hong Kong law is heterosexual and monogamous and is not a status open to couples of the same sex.

“The revision does not compromise the Government’s position in any legal proceedings.”

The government stressed: “The revision concerns the immigration policy on applications for entry of non-local dependants only and it does not affect the meaning of ‘spouse’ under this Policy. It does not affect any other policies of the Government or any other rights under the existing law in Hong Kong.”

The country’s LGBT+ community has grown significantly in recent years, but there has also been a conservative backlash. Anti-LGBT activists recently campaigned to get inclusive books banned from Hong Kong.