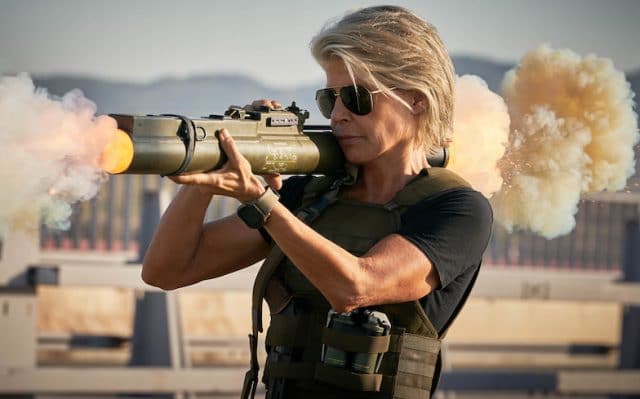 The highly-anticipated film is a direct sequel to Terminator 2: Judgement Day, and will follow in the footsteps of Halloween by ignoring the events of the franchise’s underwhelming previous entries: Rise of the Machines, Salvation and Genisys.

Directed by Tim Miller – who helmed Marvel’s Deadpool – the film will be set two decades after Judgement Day and follows Sarah Connor as she sets out to protect a young woman from a liquid metal Terminator sent from the future.

It will also see the return of Arnold Schwarzenegger as T-800 “Model 101”, who is joined by newcomers to the franchise such as Mackenzie Davis, Gabriel Luna, Natalia Reyes, Diego Boneta, Enrique Arce and Jude Collie.

James Cameron – who directed the franchise’s first two critically-acclaimed entries – is back on board as a producer alongside David Ellison (World War Z, Star Trek Beyond, Mission: Impossible – Fallout).

The film is scheduled to be released on 1 November 2019 – watch the action-packed trailer below.