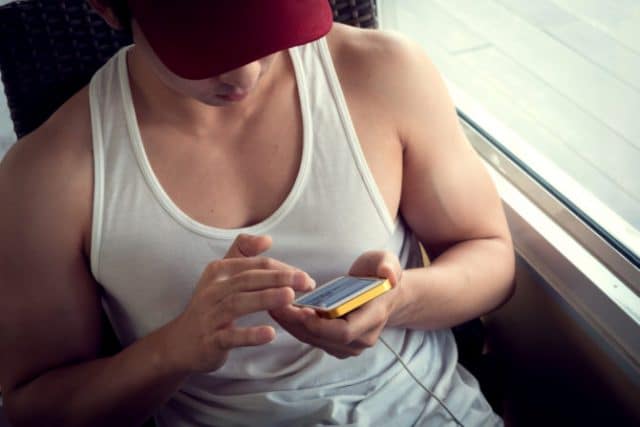 A new study has made a shocking discovery: men are more likely to hookup using a dating app if the battery on their cellphone is low.

Researchers at the Department of Psychology at Kwantlen Polytechnic University in Canada completed the study, which appeared in the pages of Sexuality & Culture earlier this month.

The conclusion: “When individuals are faced with a low phone battery, a sense of urgency may be experienced.” This can “increase risk-taking behaviors to accommodate an impending phone ‘death.’”

The study involved 262 men who have sex with men, all of whom used at least one hookup app like Tinder or Grindr on at least a weekly basis.

Each was assigned a battery life group–5%, 20%, and 100%–and given a chat conversation to review. The results revealed that men in the 5% and 20% groups were more likely to agree to a hookup.

“Additionally, men who reported a greater likelihood of agreeing to a hookup also endorsed a greater propensity for sensation seeking, regardless of the battery condition.”

Though widely considered the first study on hookup behavior as it relates to battery life, the study found an interesting correlation with other apps. For example, Uber reports that riders are more likely to pay a premium rate if battery life is low. It appears the perceived time limit increases a sense of urgency.

“The results offer insight into how something apparently inconsequential,” the study concludes, “such as a cellphone battery, can impair decision-making about something of far greater consequence – in this case, the decision to engage in an online sexual encounter.”