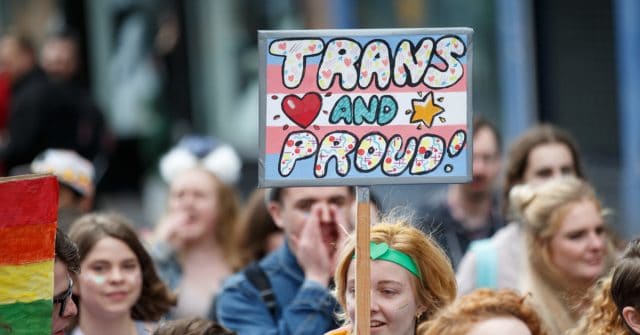 For the first time ever, questions about sexuality and transgender status or history will be asked in Scotland’s 2021 census.

The Scottish Parliament unanimously approved the changes to the Census Bill on Wednesday (June 12).

The bill will make changes to the 1920 Census Act and allow these questions to be asked for the first time, on a voluntary basis with no penalty for not answering them.

The exact wording of the questions is yet to be finalised.

Scotland will become the first country in the UK to ask its population about their trans status or sexuality.

“Including these voluntary questions will give public bodies vital information to help them meet the needs of Scotland’s lesbian, gay, bi and trans community. Gathering data on LGBT communities in Scotland is an important step towards building a society where LGBT people are truly accepted, everywhere and by everyone,” said Colin Macfarlane, director of Stonewall Scotland, in a statement.

“We look forward to continuing to work with the National Records of Scotland to ensure that the 2021 Census represents a positive step forward for LGBT equality,” Macfarlane added.

Ahead of the debate on Wednesday, trans activists held a demonstration outside the Scottish parliament.

At the demonstration, Vic Valentine of the Scottish Trans Alliance said, “For the first time we will be able to get good data on the number and situation of trans and LGB (lesbian, gay and bisexual) people in Scotland via the new voluntary questions.”

Fiona Hyslop, the culture, tourism and external affairs secretary, said, “It is widely accepted that there are currently data gaps on sexual orientation and trans status.

“Including questions on these demographics in the census will provide valuable data for public service planning purposes and will help public bodies meet duties under the Equality Act 2010.”

A non-binary sex option was originally included, The Times reports, but later removed.

Joan McAlpine, the Scottish MSP who chaired the committee that rejected the idea of including a non-binary option under the census’s question about sex, said that allowing people to say their sex is not male or female would cause “confusion.”

A non-binary sex option could have been used by Scotland’s intersex population.

It’s estimated that 1.7 percent of the population have some form of intersex variation – which can manifest in hormones, chromosomes, genitals, or reproductive organs not all conforming to male or female norms.

This means that intersex people are as common as red-haired people.

Right now, babies born with intersex variations have their genitals operated on in the UK, by the NHS, so that they can be assigned male or female.

McAlpine wrote in The Times that women would be erased “as a biological sex class” were a non-binary sex option to be included.