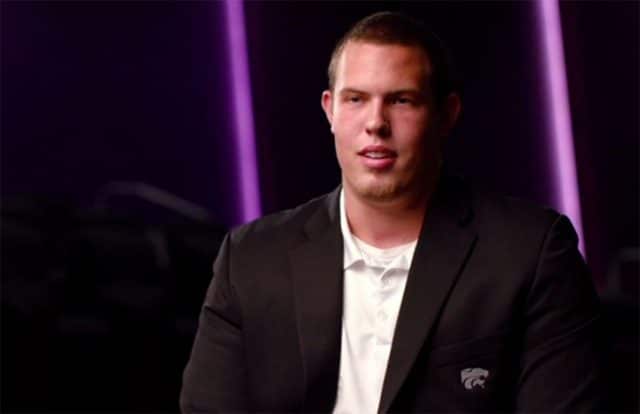 How did the head coach respond? ‘No big deal’

Scott Frantz, an offensive tackle for Kansas State, has come out as gay.

In his first public comments as a gay athlete, the university football star has said he has received nothing but support from coaches and teammates.

He told ESPN he came out to his teammates when asked, in a team exercise, to share something about himself.

‘I’ve never felt so loved and so accepted ever in my life than when I did that,’ Frantz said.

‘And ever since then it’s been great. I’ve grown so much closer to my teammates since then.’ 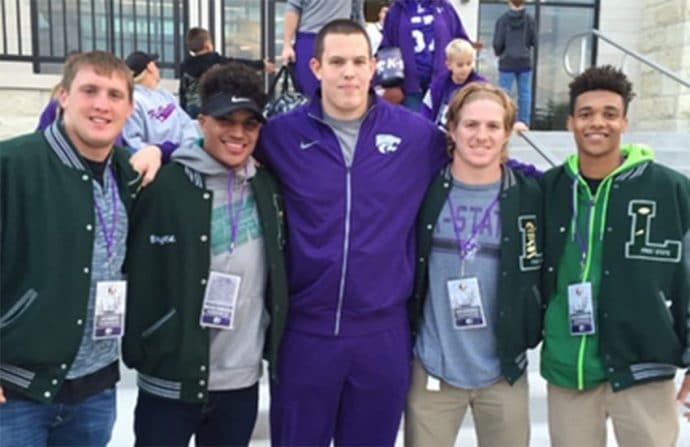 This is the same way Michael Sam came out to his Missouri teammates.

The young offensive tackle said he wanted to share his story to inspire other kids like him who feel they won’t be accepted.

The sophomore said he knew he was gay in the fifth grade but said it took until his junior year of high school to accept it. He said he didn’t tell his family until a week after the locker room announcement.

‘So you can imagine how scared I was, how nervous I was. … This could go either really bad or could go really good. And thankfully my teammates embraced me with open arms, and it was great.’