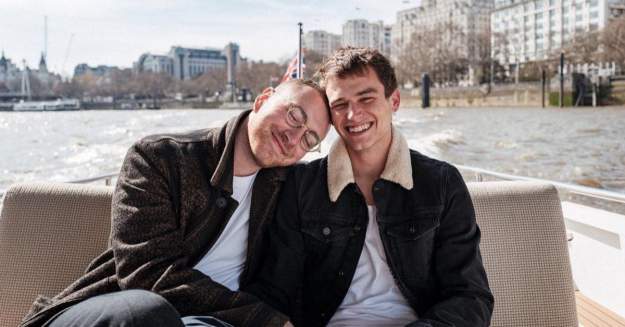 These two are so cute that I think I’m going to be physically ill. Like, I legitimately need some Tums right now. We’ve seen singer Sam Smith and his adorable 13 Reasons Why actor boyfriend Brandon Flynn in some pretty ::ahem:: compromising positions while out and about, but now instead of swapping spit, the hot celeb duo is swapping hugs… with Flynn’s parents! Was that weird? Yes? Good.

Smith and Flynn made their relationship public this past October, and since then have been lighting up the Gay Internet with their enviable romance. Thanks to an Instagram pic posted by Flynn over the weekend, we know that his parents are just as into Smith as we are! Bringing home a gorgeous, internationally famous, Grammy Award-winning stud with the voice of an angel must have been a really tough sell for Flynn. 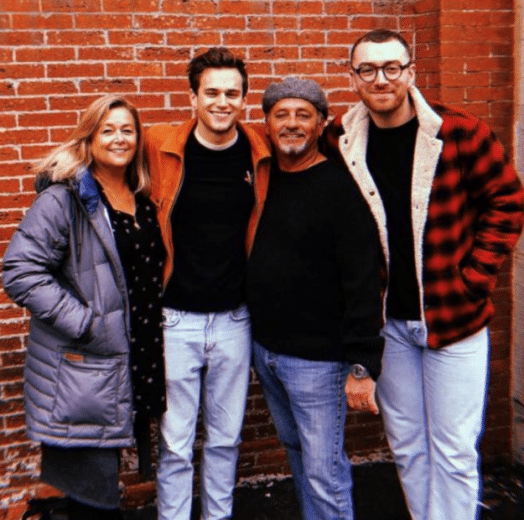 Seriously, the twenty-four-year-old Flynn and twenty-five-year-old Smith are complete relationship goals, and it’s great for gay babies out there to not only have these two to look up to, but Flynn’s parents as well for their accepting attitude. On a scale from one to ten, how jealous are you of Flynn and Smith’s A-list romance? 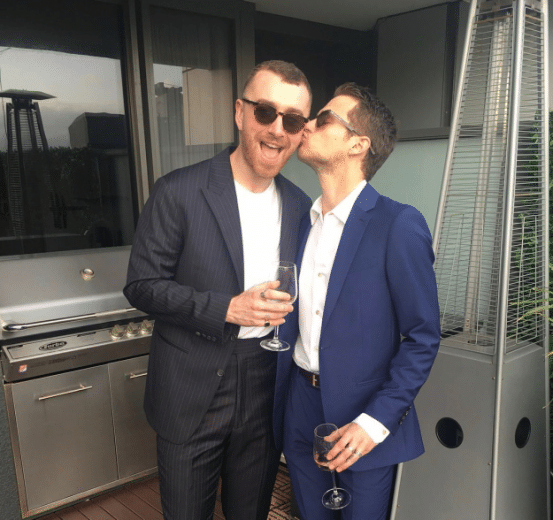