Home Gay Life Sen. Graham: ‘I Don’t Care’ If ‘These People’ Are Held In Cages... 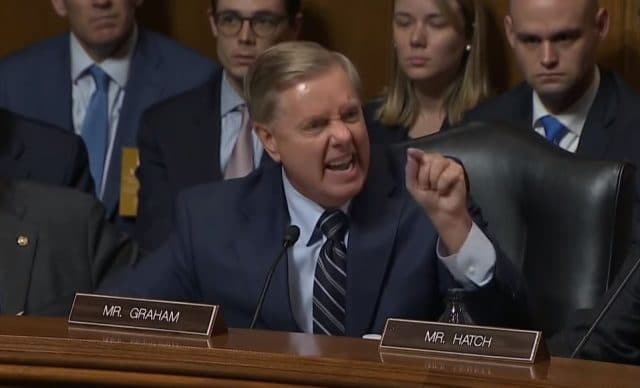 Less than 24 hours after his visit to a dangerously overcrowded and foul-smelling Texas Border Patrol facility holding hundreds of migrants in cages, Sen. Lindsey Graham (R-SC) said he doesn’t care if “these people” are held in detention for “400 days.”

“I don’t care if they have to stay in these facilities for 400 days, we’re not going to let those men go that I saw,” Graham told Fox News’ Maria Bartiromo on this week’s edition of Sunday Morning Futures.

“I saw 900 illegal immigrants that were captured for coming into our country illegally, housed in detention facilities that was meant for 385. So they had to put a tent in the back. What I saw is a bunch of people who have been here before, broke the law before, and we’re not going to let them go,” Graham said of his visit to a border patrol facility with Vice President Mike Pence.

Graham also said immigration enforcement officials are doing an “incredible job” and says he plans to introduce a resolution in Congress to praise their work.

“I don’t care if we have to build tents from Texas to Oklahoma, we’re not going to let these people go,” he continued.

Images and videos from Pence’s visit showed around 384 men being held inside standing-room-only mental fences in the “sweltering hot” facility where they didn’t even have anything resembling mats or pillows.

The men, many who told White House press pool reporters that they had been detained for more than 40 days, complained of not having had a shower or having been able to brush their teeth in weeks.

“The stench was horrendous,” a reporter said. Video footage showed some of the border officers guarding the cages wearing face masks to combat the stench. 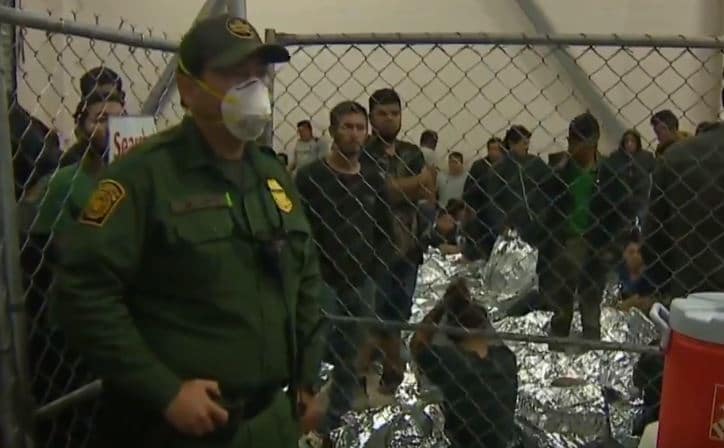 The temperature in McAllen, Texas, hit 99 degrees on Friday, with a heat index climbing to 110 degrees.

One man held inside the facility yelled through the fence to reporters, “Cuarenta dias, cuarenta dias” or “40 days” in Spanish. He could be seen holding up four fingers with one hand and forming a zero with the other to indicate his 40 days in captivity. A patrol agent at the scene claimed the longest any detainee had been at the facility was 32 days. 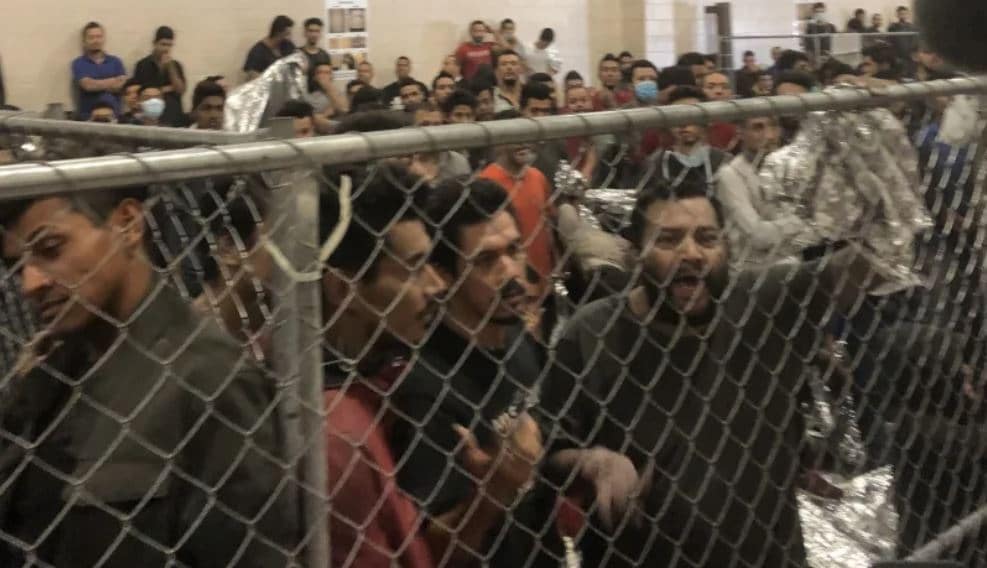 “No shower, no shower,” someone else could be heard shouting from the cages. The border patrol agent acknowledged that many of the men had not showered for 10 to 20 days for the simple reason that there were no actual showers at the facility until recently.

Another could be heard saying, “No agua,” or “No water” in Spanish.

“There were no mats of pillows — some of the men were sleeping on concrete,” the pool reporter said.

The vice president and pool reporters were pulled out of the caged area within 90 seconds.