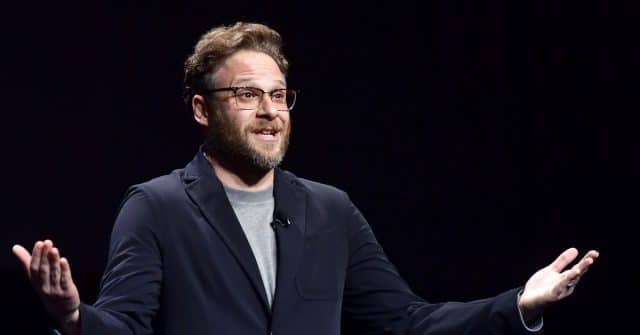 Seth Rogen has addressed homophobic jokes in his early films.

The Pineapple Expressand Superbad star reflected about some of the questionable jokes in early films in an interview with GQ.

He said: “I’ve had people come up to me and be like, ‘That made me feel like sh*t when I was in the movie theater and everyone was laughing about that.’

“Like the ‘How I know you’re gay’ thing [from The 40-Year-Old Virgin], it’s something people have been like, ‘It’s not fun to be in the theater when people are laughing at that, knowing what they’re probably actually laughing at.’

“And I don’t want anyone to have that experience watching our movies.”

Rogen explained that his projects have naturally evolved over time to involve less punching down.

He said: “I think if you actually care, then it’s easy. We do not want people to feel bad when they’re watching our movies.”

It’s not the first time the star has expressed regrets about some of his earlier films.

In a 2016 interview with The Guardian, Rogen conceded that many of his films feature gay jokes which are “blatant homophobia”, citing 2007 hit Superbad as an example.

He admitted: “It’s funny looking at some movies we’ve made in the last 10 years under the lens of new eras, new social consciousness.

There’s for sure some stuff in our earlier movies, and even in our more recent movies,– where even like a year later you’re like… maybe that wasn’t the greatest idea.

“There are probably some jokes in Superbad that are bordering on blatantly homophobic at times.

“They’re all in the voice of high school kids, who do speak like that, [but] I think we’d also be silly not to acknowledge that we also were, to some degree, glamorizing that type of language in a lot of ways.”

In 2016, Rogen starred in an advert celebrating same-sex marriage.

Rogen and fellow comedian Amy Schumer appeared as guests at a gay wedding in the Bud Light ad, after equal marriage came to all 50 states.

The pair explain why same-sex marriage is “just like any other marriage”, noting “cringeworthy speeches”, “the girl who’s super ready to settle down”, and cake.