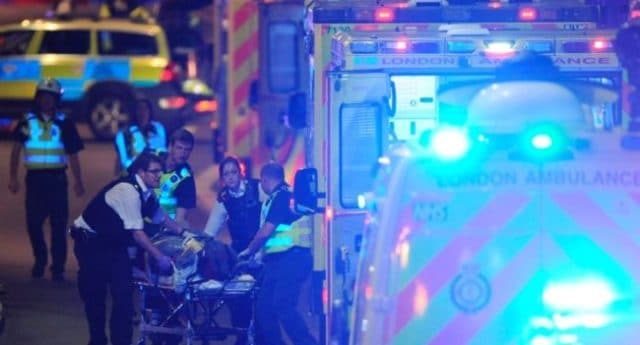 Seven people have been killed and 48 injured in a shock terror attack in the heart of London.

London Metropolitan Police have confirmed that seven people died in the attack, with many more people being taken to five hospitals across the capital with life-threatening injuries. 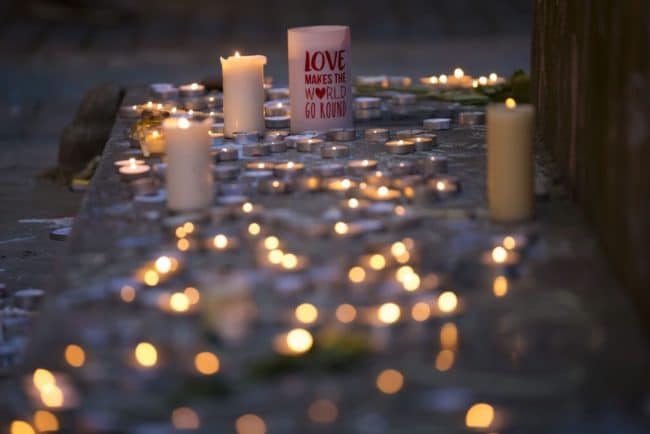 The attack began on London Bridge when a white van mowed down a number of pedestrians just after 10 pm on June 3.

Witnesses reported seeing victims on the ground after the van swerved through the crowds before crashing into a bus stop.

Three men jumped out of the vehicle and began to stab people in the surrounding area.

Shortly after a stabbing attack was reported after men entered a cafe in Borough Market and stabbed a number of people with knives.

Three suspects believed to be involved in the attacks have been shot and killed by police forces.

It is the third terror strike in the UK this year after a man drove a car into pedestrians on Westminister Bridge in March.

The incident comes less than two weeks after a bomb at an Ariana Grande concert in Manchester that killed 22 people.

Following the attack on the Manchester Arena, Grande announced a benefit concert “One Love Manchester” which is scheduled to happen this evening (June 4).

Grande’s agent has confirmed that the event, which will see the likes of Justin Bieber, Miley Cyrus and Katy Perry perform, will go ahead “with greater purpose”.

“We must not be afraid, and in tribute to all those affected here and around the world, we will bring our voices together and sing loudly,” Scooter Braun said in a statement.

The main political parties have paused their election campaigns ahead of the general election on Thursday.

However, UKIP has refused to suspend their campaign citing that it is “what extremists want”.

Prime Minister Theresa May has condemned the attacks and said that police responded with “great courage and great speed”.

The PM added that the recent attacks were “connected in one important sense” and said there was “too much tolerance of extremism” in society.

“We are all shocked and horrified by the brutal attacks in London,” Corbyn said in a statement. “My thoughts are with the families and friends of those who have died and the many who have been injured.”

He added: “Those who wish to harm our people, divide our communities and attack our democracy will not succeed.”
London Mayor Sadiq Khan said: “There can be no justification for the acts of these terrorists.”