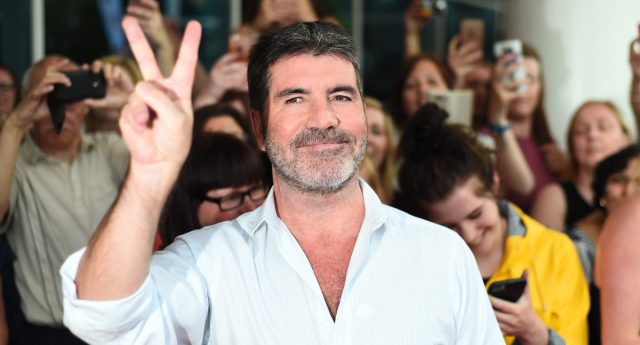 Rylan his co-host Matt Edmondson were getting the judges to pick a front door to choose which caller the judges would talk to for a Q&A session.

Rylan remarked “I love a front door”, and Simon retorted “I thought you liked back doors?”

Moments after making the remark Simon admitted he had over stepped the line.

Whilst fellow judges and the studio audience were shocked, Rylan handled the situation and joked back “Oh, Simon! Would you like me to show you how much?”

Cowell immediately turned bright red as he realised what he said, and began to apologise, saying “I apologise, I shouldn’t have said that – sorry, sorry, sorry.”

Rylan accepted the apology, saying he will “get over it” whilst Simon blushed “this is why we should never do live TV,” the producer said.

Rylan took to twitter this morning to further clean up the misunderstanding.

“Genuinely wasn’t offended by Simon last night but understand some people might be it was just a joke between friends and meant extremely lighthearted, but trust me I’m more offended by comments I get on social media every day calling me worse names by pr*cks sitting behind a keyboard. It was banter in this case and I personally wasn’t offended… Also I’ll get him to buy me a house in Ibiza whilst threatening to sue him… win win x”

Viewers took to social media to complain about their distaste of Louis and his decision, but used incredibly vile and homophobic language. Walsh was bombarded with homophobic slurs including “faggot” and “batty”.