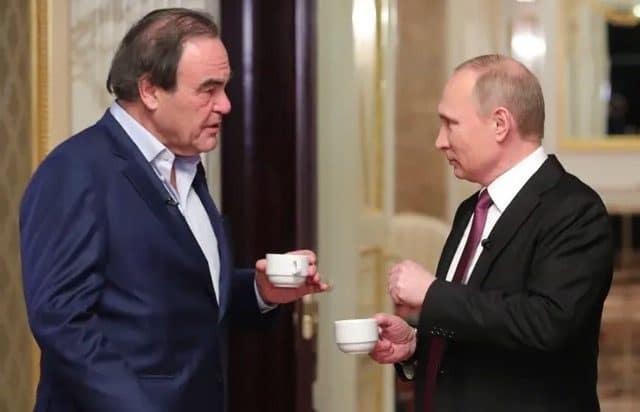 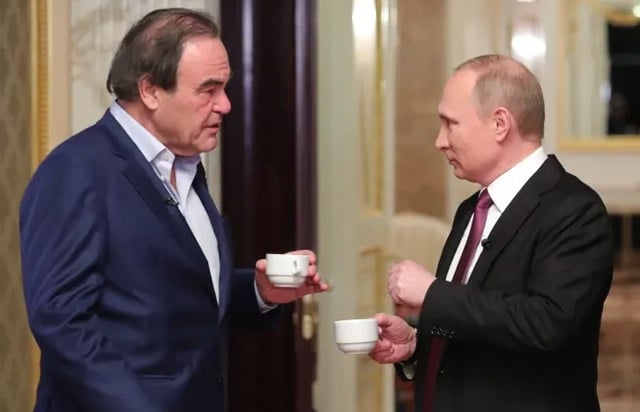 “It seems like maybe that’s a sensible law. As you know, I’ve been very rebel all my life. Still am. And I have to tell you, I’m shocked by some of the behaviors and the thinking of the new generation. It takes so much for granted. And so much of the argument, so much of the thinking, so much of the newspaper, television commentaries about gender, people identify themselves, and social media, this and that, I’m male, I’m female, I’m transgender, I’m cisgender. It goes on forever, and there is a big fight about who is who. It seems like we miss the bigger point.”— Director Oliver Stone in conversation with Russian President Vladimir Putin, speaking about the country’s anti-gay propaganda law, which criminalizes publicly presenting homosexuality (or being trans) as normal or acceptable. In response to Stone’s comment, Putin replied: “They live too well. They have nothing to think about.”