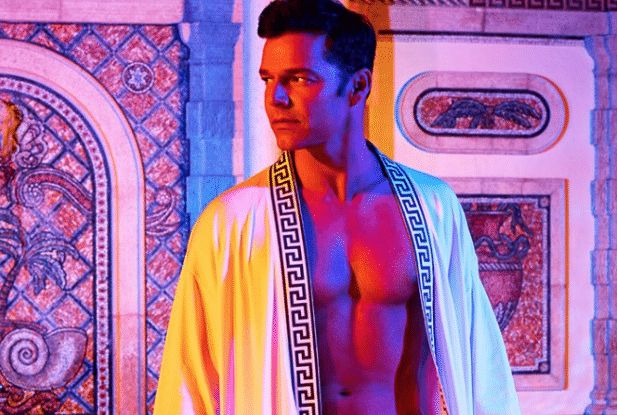 Ricky Martin may have spent his 46th birthday (and the holidays) soaking up the sun in Puerto Rico, but it’s his fans and followers that are receiving a gift!

Check out this steamy snap of the handsome singer and his fiance Jwan Yosef looking tan and gorgeous in speedos.

At the time, the singer told Ellen:

Then in October of this year, the singer enthusiastically spoke of the couple’s wedding plans.

“We’re a modern family, and I think people need to see, and I want to normalize the beauty of our family. That’s why I’m making it public and I am going to share my wedding with the world.”

Want more eye candy? Fear not, as we’ll be seeing a whole lot more of a speedo-clad Ricky Martin when he appears in the forthcoming FX series, The Assassination of Gianni Versace: American Crime Story!