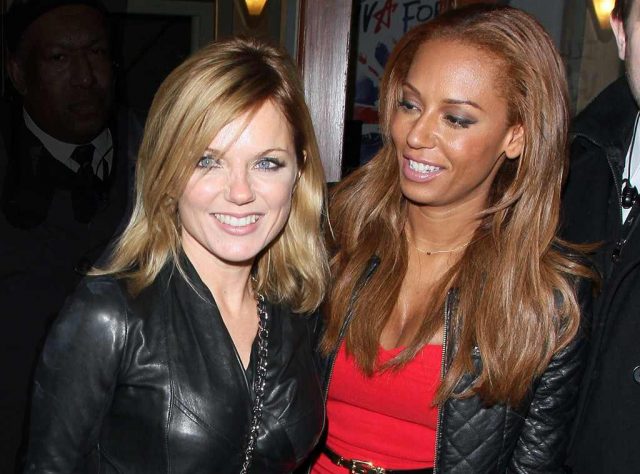 Mel B spoke candidly about her fluid sexuality and her alleged lesbian tryst with Spice Girls bandmate Geri Halliwell in an interview with Piers Morgan.

The Spice Girls singer appeared on Piers Morgan’s Life Stories on Sunday (May 26), two days after she opened the Spice World 2019 tour with bandmates Geri, Emma Bunton and Melanie C.

When asked “how would you define your sexuality?” Mel replied: “I don’t.”

“And I just don’t have a preference.”

In the same interview, Mel claimed that she once slept with her bandmate Halliwell.

“She’s going to hate me for this because she’s all posh with her country house and her husband,” she said.

“But it’s a fact. It just happened and we just giggled at it and that was it.

The Spice Girls on stage during the Spice World 2019 tour. (Instagram/Spice Girls)

“We were best friends. It just happened. Have you ever done that? Yeah and I’ve said it now. All done.”

ITV released a clip of Mel’s admission back in March, causing quite the stir.

Halliwell denied the alleged tryst on April 1, telling MailOnline: “It has been very disappointing to read about all these rumours again, especially on Mother’s Day of all days.

“Geri loves the Spice Girls: Emma, Melanie, Melanie and Victoria. She would like [the fans] to know that what has been reported recently is simply not true and has been very hurtful to her family.”

The pair appeared to have put the dispute behind them on Friday (May 24) during the first night of the Spice Girls tour in Croke Park, Dublin.

While many fans were thrilled to see the four back together again, several complained that sound issues had ruined the concert.

Mel B acknowledged the complaints in an Instagram story, writing: “We will see you in Cardiff. And hopefully the vocals and the sound will be much, much better, pfft.”

LGBT+ fans were thrilled with the band’s new inclusive mantra, which welcomes “all ages, all races, all gender identities, all countries of origin, all sexual orientations, all religions and beliefs, all abilities.”

The Spice Girls tour continues on Monday (May 27) with a concert at Cardiff’s Principality Stadium.