Home Gay Life Straight Oklahoma Man Wants Everyone To Know That Not All Country Boys... 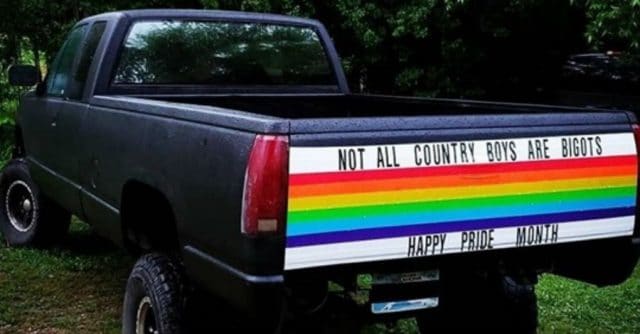 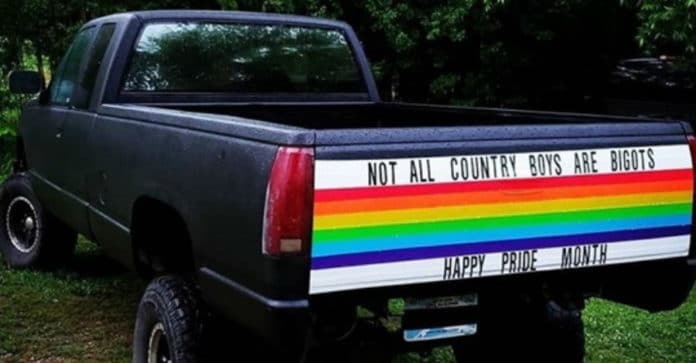 Even though there’s the unfortunate (and not entirely inaccurate) stereotype that people who live in the south of the U.S. don’t support LGBTQ+ rights, the story is much more complex.

Luckily, though, things seem to be headed in the right direction, and one of the people that works to challenge the idea that all “country boys” are incapable of accepting and supporting the LGBTQ+ community is Cody Barlow.

He is a straight man from Oklahoma, and he recently posted a photo of his truck on Facebook.

The truck in the photo is important here because it sends a powerful message, which you can check out below: 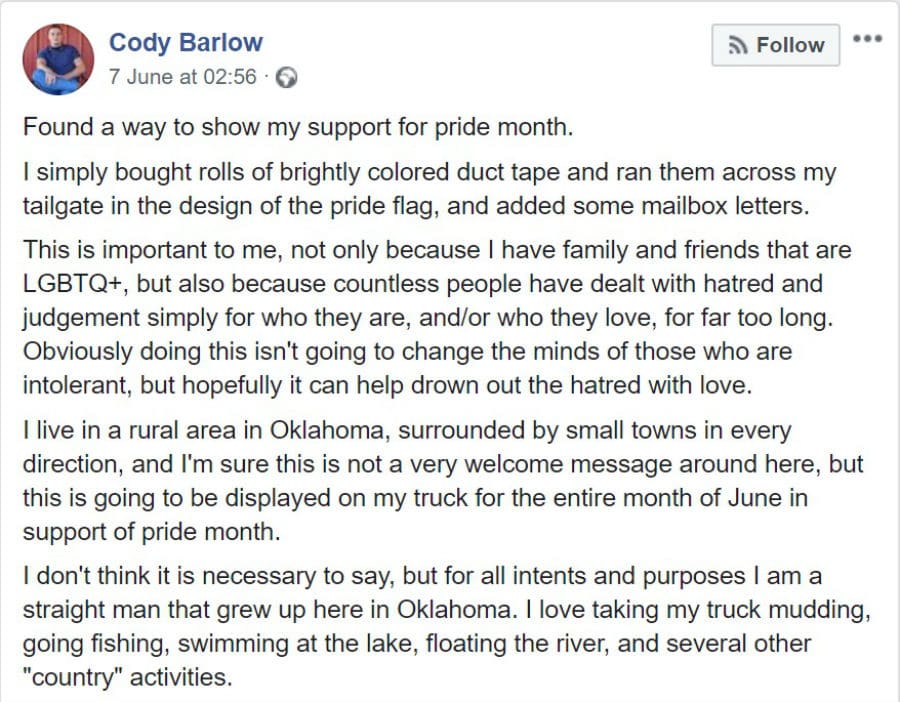 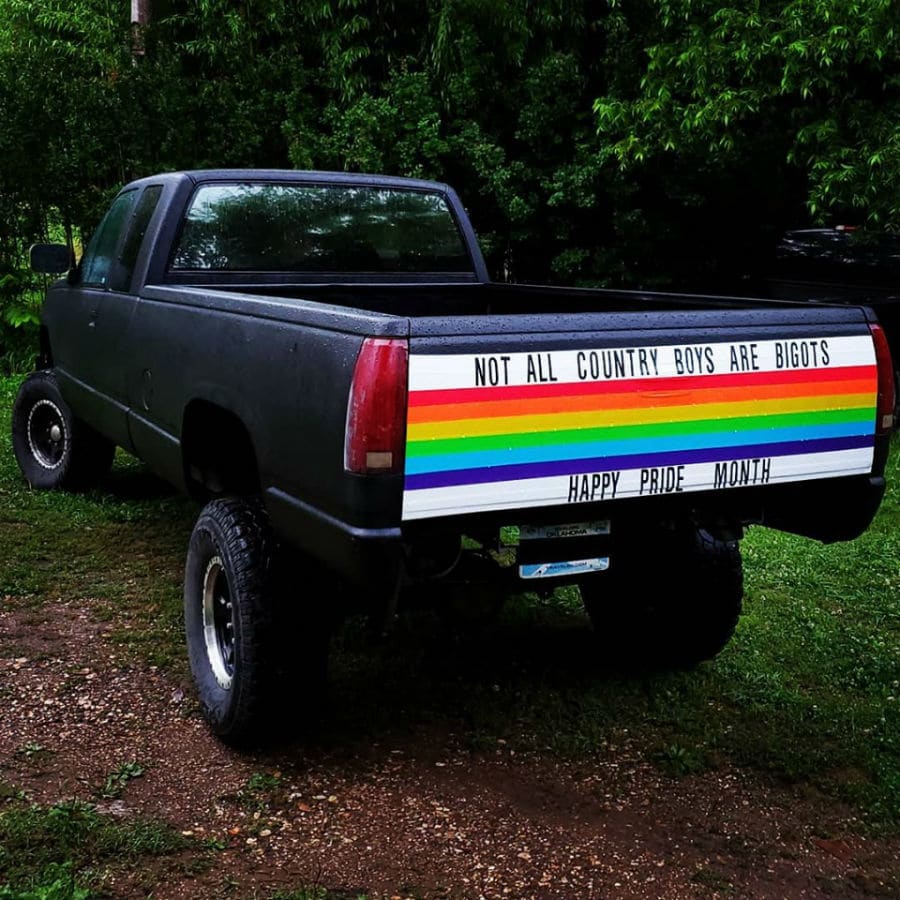 He wrote in his post that he didn’t care about any of the negative reactions he might receive, even though he lives in a rural area in Oklahoma, surrounded by small towns, and he’s sure this is not a very welcome message there.

However, he noted that the message is going to be displayed on his truck for the entire month of June in support of pride month.

His post received more than 150k likes and over 79k shares, but he was right about getting some people mad.

The good thing is that most of the comments he received were from people congratulating him on his creative show of love.