Home Gay Stars Swoon! Gus Kenworthy has been stripping off for charity… 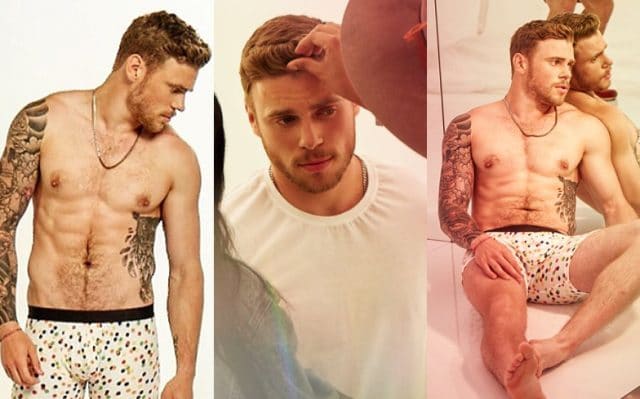 The Olympic athlete leaves little to the imagination in these behind the scenes shots.

Gus Kenworthy has stripped down to his limited edition Me Undies boxer-briefs for a new charity campaign.

The spotty underwear has been designed to celebrate Pride season across the world, while also raising money for the Los Angeles LGBT Center.

It’s only right, then, that we show you these special undies (as well as handsome model filling them up, of course). You can flick through the gallery below:

Swipe through to check out some behind-the-scenes pics from an underwear shoot I did for @MeUndies! To celebrate Pride month they're unrolling an amazing campaign called "Celebrate Yourself." For each pair of these awesome rainbow polkadot undies that are sold they’ll donate $1 to the @lalgbtcenter. Click the link in my bio to get your own pair! #MeUndies

And when it comes to social media, we all know Gus likes to show it off from time-to-time.