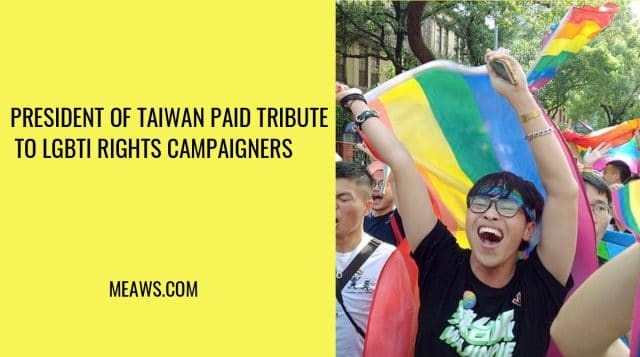 Tsai Ing-wen gave Chi the pen she used to sign the country’s same-sex marriage law on Wednesday (22 May).

‘I used this pen to sign the same-sex marriage bill. Please keep it as a token. May love unite everyone in this land’ she wrote in a letter to Chi shared on social media.

The first same-sex couples to get married in Asia on Friday (24 May).

Chi made history in 1986 by holding a press conference and coming out as gay.

He has worked in HIV prevention and LGBTI rights for more than three decades.

His high court led to a 2017 Constitutional Court ruling that Taiwan’s Civil Code was unconstitutional for failing to recognize same-sex unions.

In a bitterly-fought referendum last year, most Taiwanese citizens opted for a separate marriage law rather than changing the civil code which would have brought genuine equality.