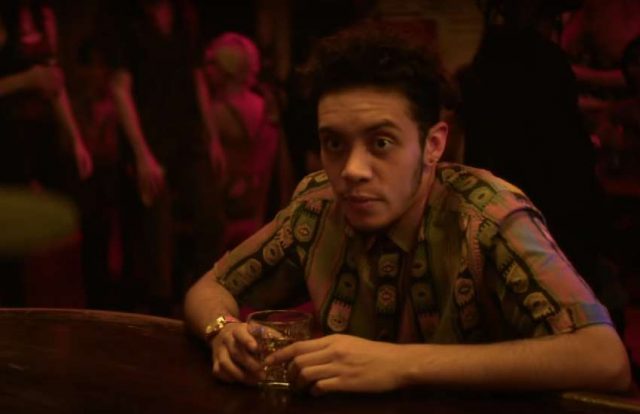 On Friday (7 June), Netflix debuted a new series called Tales of the City, set in the vibrant LGBTI community of San Francisco.

Garcia, who plays a new character in Maupin’s world, Jake, a transgender man, tells GSN they weren’t familiar with Tales of the City prior to their audition.

Once they landed the role and began filming, Garcia, who identifies as trans non-binary, found playing Jake an ‘honor’.

Garcia spoke to GSN about working alongside Olympia Dukakis, the dangerous notion of ‘passing’, and why all we can do is try and have empathy.

Dukakis is one of only three actors, alongside Laura Linney and Barbara Garrick, returning to the new series who have appeared in all previous iterations.

Dukakis plays the transgender Anna Madrigal, who is celebrating her 90th birthday in the first episode of the new series.

‘I didn’t know what to expect,’ Garcia says of working with the iconic actor who has previously worked with the likes of Cher and Dolly Parton. ‘But she was so lovely and gracious.’

In the first episode, there’s a tender scene where Jake puts Anna Madrigal to bed.

‘There was a break in filming and someone told me she wanted to talk to me,’ they recall. ‘So I went outside and there she was sitting in her chair, looking like an icon. And she just said to me: “You’re doing so well.”

‘I always appreciated her honesty, because I would get in my own head a lot and go over and over what I could do better.’

That real-life mentoring is a reflection of the character Dukakis plays. Anna Madrigal watches over the new, younger LGBTI characters in the series, acting as something of a mother figure.

It’s something Garcia wishes all LGBTI youth had.

‘We often have to teach and learn ourselves, but if queer people had that person, that fairy godmother to help them figure it out, it would be good.’

Garcia had two words when they read the description for the character of Jake: ‘Holy shit.’

‘It was scary, but in a good way, how connected I felt to Jake,’ they tell GSN. ‘I just thought, “How cool someone wrote this complex trans character.” It’s remarkable.’

Audiences learn a lot about Jake in the first episode alone — that he’s a transgender man, dating Margot (May Hong), but is exploring his attraction to men now. 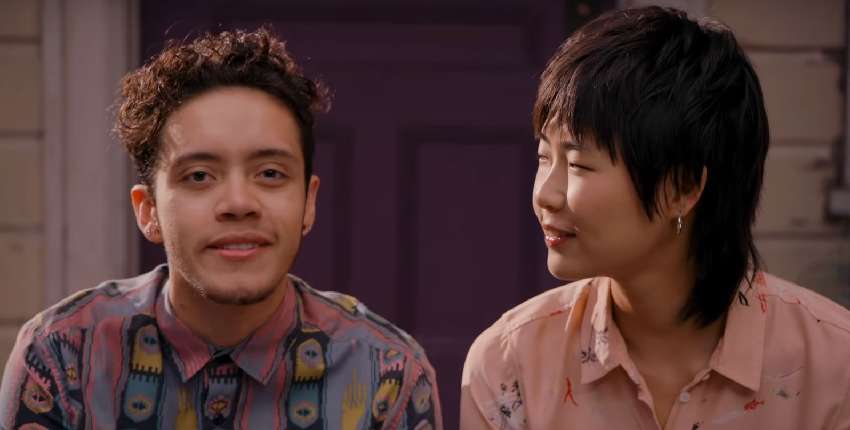 Jake and Margot end up having a conversation about passing, inspired by them being mistaken for a cisgender heterosexual couple.

Garcia, however, views passing as a dangerous notion within the LGBTI community.

‘To put that on a queer person, it limits them. What does it even mean?’ they ask. ‘Within the queer community, though we are all marginalized, we still have our own problems. We still try to put each other into boxes and define each other.’

But Garcia says this is nothing new.

‘Trans people have faced this violence and discrimination for years, for centuries,’ he explained. ‘It’s the technology we have now that makes us more aware of what’s going on. People can’t hide the anymore.’

They think there’s an important first step in ending this: ‘The first thing people need to do about this is have empathy and simply care.’

It’s similar to how they view the idea of community — unconditional love.

‘My community might look different from yours, but it’s about making that connection. It’s about people accepting you for who you are as you are. We should be loved as we need to be loved.’

And you have to have it for yourself, too.

Garcia reveals they struggle sometimes to take care of themselves and go to therapy. For anyone, though, ‘the most important thing people can do is try’.