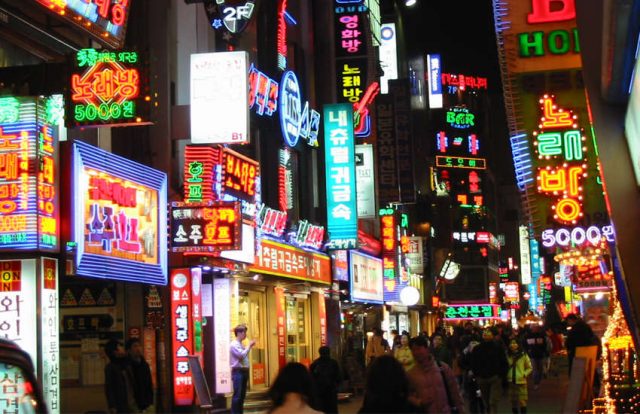 A court in this week sentenced a taxi driver to 16 months in prison for blackmailing gay passengers.

According to a Seoul Central District ruling, Lee Ji-heon picked up drunk, homosexual passengers from the capital’s gay district Jongno 3-ga and convinced them to touch his genitals.

‘These days, I’m curious [about men]’ he would reportedly tell passengers after luring them to get sit beside him in the front passenger seat.

He would then tell passengers they had sexually assaulted him. The taxi driver threatened to go to police if they didn’t pay up.

Police arrested and charged Lee Ji-heon with blackmail in November last year. He worked together with another man who was sentenced to one year in prison.

The judge ruled, according to Medium: ‘the victims seem to have suffered considerable mental damage, but the defendants did not take any action to recover the damage caused nor did they show a genuine attitude of remorse’.

There is also currently no discrimination legislation to protect LGBTI Koreans. Same-sex marriage is not legal.

The country’s LGBTI movement has triggered a , HRW warned.

Christian and anti-LGBTI protesters have disrupted pride events across the country in the last year.

Organizers and witnesses said about 1,000 anti-LGBTI and Christian demonstrators verbally and physically abused attendees of a march in September last year.

Incheon city officials had denied the queer festival’s request to host the event, citing a lack of parking. Organizers, therefore, lodged an appeal and vowed to march anyway.

In Busan, it took  to keep a pride event violence-free.

In Jeju, about 50 demonstrators held placards, grabbed LGBTI attendees, and lay down on the street to prevent the pride march, according to attendees.