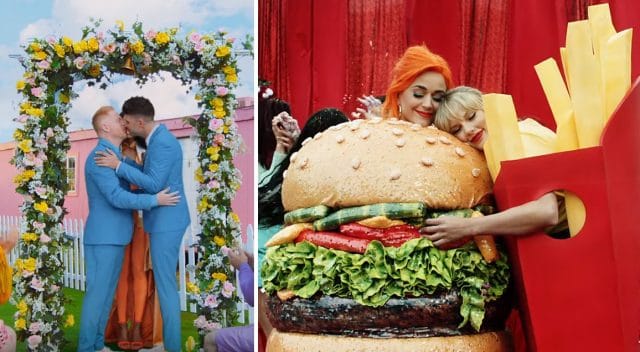 Taylor Swift is celebrating LGBT Pride Month with a new star-studded music video that calls on the U.S. Senate to pass the Equality Act, a bill which would enshrine protections for LGBT Americans in federal law.

Ellen DeGeneres, RuPaul, Billy Porter, Ryan Reynolds, Jesse Tyler Ferguson, Katy Perry, and many other stars and LGBT activists appear in the new video for “You Need to Calm Down,” released Monday.

Lyrics for the track include lines such as, “Why are you mad when you could be GLAAD?” — a reference to the country’s largest lesbian, gay, bisexual, transgender and queer media advocacy organization.

“Sunshine on the street at the parade, but you would rather be in the dark age,” sings the 29-year-old Grammy Award winner, adding, “You just need to take several seats and then try to restore the peace / And control your urges to scream about all the people you hate / ‘Cause shade never made anybody less gay.”

Swift also takes on gay haters in the video. LGBT rights opponents are seen in the video carrying misspelled protest signs, including one that reads, “Get a brain, morans!”

At the end of the video, a graphic urges viewers to sign a petition supporting the Equality Act, which passed the House in May.

“Let’s show our pride by demanding that, on a national level, our laws truly treat all of our citizens equally,” a message at the end of the video reads. “Please sign my petition for Senate support of the Equality Act at Change.org.” The Equality Act was previously passed by the House of Representatives.

In a newly released music video for her latest single “You Need to Calm Down,” Taylor Swift reiterates her call for the Senate to pass the Equality Act: https://t.co/g5gDiSqShh pic.twitter.com/YKhV1ib6Di

Swift spoke out in support of the Equality Act earlier this month, writing in an open letter that “I personally reject the president’s stance” on the issue. The Trump administration is opposed to the passage of the Equality Act, saying that it “in its current form is filled with poison pills that threaten to undermine parental and conscience rights.”

Swift’s Change.org petition urging the Senate’s passage of the Equality Act currently has more than 250,000 signatures.

The new video has only been up for a few hours, but has already received more than ten million views.