Home Gay Life Teacher and his husband dead after allegations of abuse from eight underage... 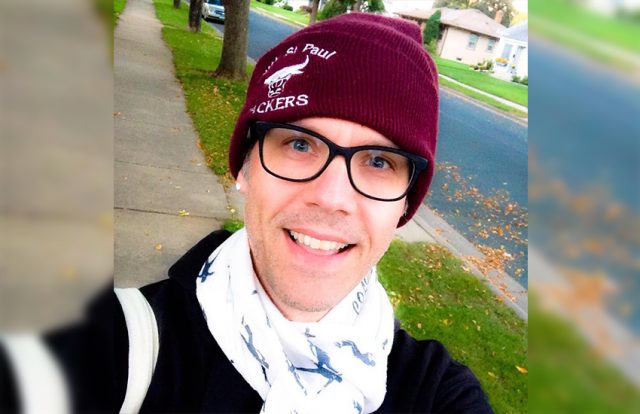 Police this week released a report into the circumstances surrounding the murder-suicide of an elementary school teacher and his husband.

The bodies of Aric Babbitt, aged 40, and his husband, Matthew Deyo, 36, were found 25 August on Lopez Island beach, Washington. Both died from gunshot wounds.

A suicide note was found with their bodies.

Police at the time said that both men, from South St Paul, Minnesota, were under investigation but declined to specify the details while the investigation was being carried out.

On Tuesday, they released details of the investigation.

It emerged that their deaths came after a 16-year-old boy and his parents went to South St Paul police to report that the boy had been having an ongoing relationship with the couple.

The 134-page report was seen by St Paul Pioneer Press.

It contains details of the relationship that the men had with the teenager, as well as information on seven other boys coming forward after the case became public to say that they too had been abused by the pair in the preceding few years.

Deyo’s parents told police that the couple would often look after their farm and horses while they were out of town.

Babbitt was a teacher at Lincoln Center Elementary since 2002. He was placed on paid leave on 17 August after school authorities learned of the teenage boy’s complaint to police.

The victim said that Babbitt had been his former elementary school teacher, and that he had agreed to be his mentor when the younger man came out as gay to his family.

However, he said Babbitt asked him to give him photographs of himself before he turned 16, and also gifted him underwear and yoga shorts.

When the boy turned 16, the couple offered to take him to a jazz concert in Minneapolis. They booked a hotel, gave alcohol and marijuana to the teenager and both had unprotected sex with him, telling him afterwards to ‘keep this our little secret.’
The report says police found numerous text messages between Babbitt and Deyo detailing abusive behaviour between themselves and the boys.

This would often involve supplying the youngsters with alcohol and marijuana, asking them to strip naked, touching them inappropriately and showing them pornographic material.
Babbitt and Deyo died before charges could be brought against them.

Police say the case is now closed and will not be offering further comment.

In an email to St Paul Pioneer Press, South St. Paul schools Superintendent Dave Webb said, ‘As a school district, we strive to provide a safe and secure learning environment for our students.

‘This has been very hard on our entire South St. Paul community.’
He said the school district is providing grief and mental health counseling to any staff and students in need.

The day after their death, Babbitt’s sister, Sara, sent a text message to a friend, later printed by Pioneer Press. She said Babbitt and Deyo, ‘felt like they didn’t have an out and ending their lives was the best for them.

‘We received a letter from them in the mail yesterday. We are all devastated and in a lot of pain.’