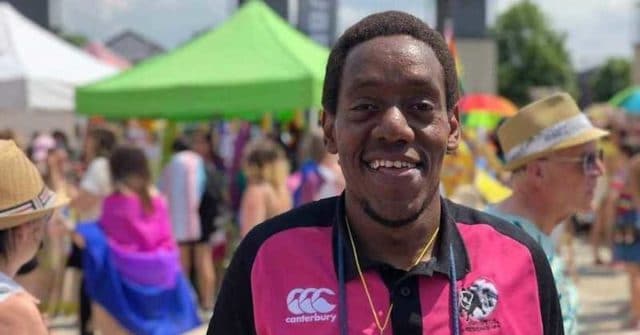 Friends and teammates have come out in support of gay Kenyan rugby player Ken Macharia, whose asylum application was rejected by the Home Office on Monday (June 3).

The Bristol Bisons player has lived in the UK for 10 years and has been fighting deportation since October 2016, but has now been told he must leave the country “without delay.”

Macharia faces violence and persecution if forced to return to his birth country of Kenya, where gay sex is punishable by up to 14 years in prison.

In November, Macharia’s teammates rallied around him to get him released from a detention centre where he was due to be deported.

Jones condemned the “sneaky” timing of the Home Office’s latest decision, which comes as many of the Bristol Bisons team are away in Dublin and unable to support him.

“The Home Office are quite sneaky, they have timed it,” he said. “Trump’s in the country taking all the media presence, and we have a tournament in Dublin this weekend so half the team’s away.

“Nothing happened for six months despite Ken’s lawyers repeatedly asking them to give a response [to the appeal], and now this.”

The Home Office deems Kenya safe for gay people, and justified their decision in a letter to Macharia’s solicitor, saying that “[the] law is rarely applied and the objective evidence does not establish that LGBT persons are likely to be subjected to persecution or serious harm.”

But Jones rejected this, as Macharia’s high profile in the Kenyan media means he’s likely to be a target.

“What the [Kenyan] media is spreading about him is not positive,” he said. “They are not on his side like the UK media are — they are aggressively against him. He is in real danger if he has to go back to Kenya.”

He added: “Unfortunately there is a mob mentality there and the law is often taken into their own hands.”

Macharia has been told to report to the Bridgwater police station in Somerset on Thursday (June 6) at 11am.

Jones believes there is “a very good chance” Macharia will be detained, and urged the public to join them in support.

“We’re very worried he’ll be taken again, so if we can have as many people rallying behind us that would be great,” he said. “Our main aim is for them to allow Ken to stay in the UK, to grant him permanent residency.”

Jones and the rest of the Bristol Bisons team are using the hashtag #keepkenhome to spread awareness of his plight.

A petition campaigning to stop his deportation has reached over 100,000 signatures.