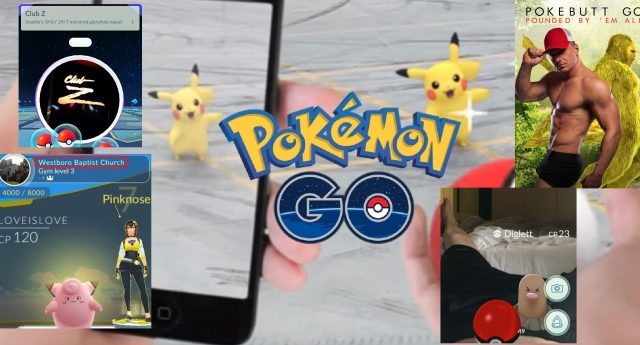 Pokemon Go mania is reaching its height, as the popular mobile app continues its global domination.

The massively popular mobile game Pokémon Go sees players travel around the real world in search of virtual Pokémon, allowing them to take part in gym battles and seek out PokéStops.

A few weeks on from release, we look back at some of our favourite Pokémon Go moments so far.

1. A big gay fairy took over the Westboro Baptist Church

One early Pokémon Go user noticed that ‘God Hates Fags’ hate group the Westboro Baptist Church was listed as a Pokémon gym on the app.

The user – nicknamed ‘PinkNose’ – decided to take over the gym, with help of an extra-flamboyant Clefairy named LoveisLove.

However, the group was quick to retaliate – using popular Pokémon Jigglypuff.

Though many of the locations in Pokémon Go are randomly generated, the locations of Pokemon Gyms and Pokéstops are not – and it is thought they are based on user submissions from a previous game, Ingress.

Ingress allowed players to tag local landmarks such as churches and artworks, which developer Niantic has dutifully copied over to Pokemon Go.

The latest Pokémon Go trend is a deeply disturbing one – Diglett dick picks.

Taking full advantage of the game’s AR mode, players are now composing photos of the innocent little Pokémon bursting through zippers across the globe, looking slightly confused as to how they got there.

4. People asked to stop trying to catch Pokémon inside Auschwitz and Holocaust Museum

There’s some places that you probably shouldn’t be focused on catching Pokémon – as demonstrated by appeals from the Holocaust Museum and former Auchwitz concentration camp, both of which have been listed as in-game ‘PokéStops’.

The two locations, which commemorate the millions of Jewish people who were persecuted alongside other minorities including the disabled and LGBT people, have both put out appeals asking people to stop hunting for Pokémon on their premises.

Andrew Hollinger, the United States Holocaust Memorial Museum’s communication’s director, told USA Today that it was inappropriate for the museum to be listed in the game, appealing to developer Niantic to remove it.

He said: “Technology can be an important learning tool, but this game falls far outside our educational and memorial mission.”

Meanwhile, the memorial at the site of the Auschwitz concentration camp has also asked for people to not play the game.

They tweeted to Niantic: “Do not allow playing ‘Pokémon Go’ on the site of our Memorial and similar places. It’s disrespectful to the memory of victims!”

“Torbit is worried. After witnessing a slew of dazed roaming men and women buried in their phones, he’s beginning to think that this might be the start of a terrifying zombie film,” the book’s synopsis reads.

“Upon further investigation, however, Torbit realises that they are all playing a hot new mobile game, ‘Pokebutt Go.’

“Curious to see what all of the fuss is about, Torbit plugs in and sets out to capture a nearby Pokebutt within his own balls, but when he arrives at the location of this rare beast, Torbit suddenly realises that he might have bitten off more than he can chew.

However, Torbit soon realises that the only way to catch this “majestic creature, is within the depths of his own butt.”

Project Fixup, a dating website that encourages people to meet in person, has launched PokéDates.

Similar to Grindr, Pokémon Go harnesses a phone’s GPS to track your movements in the real world and moves you a step closer to becoming a true Pokémon master.

The website gives fans of the game the chance to meet people and get to know each other as they go out hunting Pokémon.

The app is tailored to allow gay, bisexual or straight people to find the matches they’re after.

7. Someone designed this horrific condom-shaped Pokémon to haunt your nightmares and prevent STIs

Sexual health organisation Planned Parenthood introduced the world to a brand new creature – who looks suspiciously like a condom.

Planned Parenthood say the critter will protect its owner from a host of nasty STIs, whilst also reducing the risk of unwanted or unplanned pregnancies.

“There are some things you don’t want to catch. Reminder: Condoms help prevent both pregnancy and STDs. #PokemonGo #CatchEmAll #SaferSex”, the organisation wrote on Twitter.

“When you don’t want to #CatchEmAll, condoms help prevent pregnancy and STDs.” 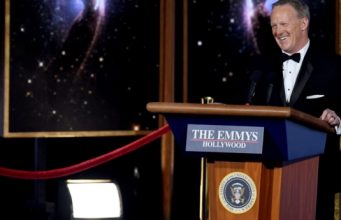 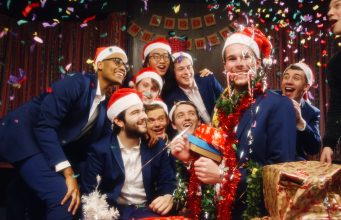 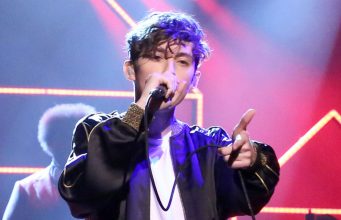 Troye Sivan nominated for Young Australian of the Year