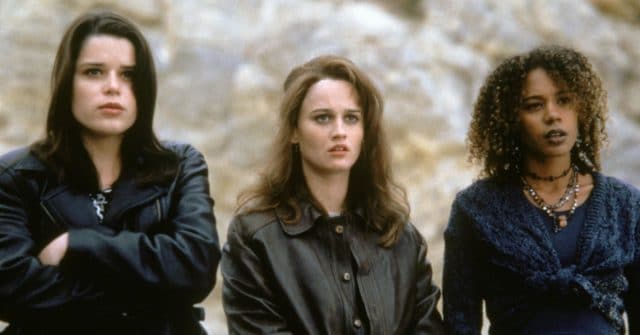 Producers behind The Craft reboot are looking for a transgender actress to play a leading role.

A casting notice for the upcoming production has circulated across social media showing that Blumhouse Productions, the company behind Insidious, Paranormal Activity, and The Purge, are looking to cast a trans actress in its reboot of The Craft.

The casting call, shared on Twitter by GLAAD’s Alex Schmider, says it is looking for a “transgender, to play Latina” in the leading role of Lourdes, one of the members of a teenage clique.

The transgender character, who is aged 17 and described as a punk rocker, was thrown out of her home by “her super-Catholic mother” and now lives with her grandma, who introduces her to supernatural practices.

‘The casting notice for The Craft is looking for a trans, Latina actress to take on the lead role of Lourdes. (Blumhouse Productions)

Zoe Lister-Jones, who has previously appeared in New Girl, has signed on to direct the film. She made her directorial debut in 2017’s Band Aid, starring Fred Armisen and Susie Essman.

The reboot is expected to start shooting in July 2019 with a likely 2020 release.

People took to social media to share their thoughts on the casting call, with one user saying: “Oh god, I really hope they do a good job with this, I’m extremely interested in this movie now.”

Another user posted: “It’s what the world deserves.”

The casting comes as debates continue in Hollywood over whether straight actors should be able to take on LGBT+ roles.

Last year, an open letter signed by a number of production companies and talent agencies called for a new approach to trans inclusion – after a number of projects with cisgender actors playing trans roles caused controversy.

The letter said: “As trans people, we have grown up watching stories told about us by people who haven’t done their homework when it comes to the trans community. We have been portrayed almost exclusively as tragic victims, psychotic killers, and one-dimensional stereotypes.

“We believe that we are at an unprecedented cultural moment – a moment when we can ask Hollywood to use its power to improve the lives of trans people by changing America’s understanding about who trans people are. We want to help you tell our stories – and we need your help to do it.

“This is about more than diversity and inclusion. It’s about empowering trans people and sharing with us the tools and access that have been offered to you throughout your career.

A recent report by GLAAD found that while LGBT+ representation was slightly on the rise, no films in the past year from the major seven Hollywood studios featured a transgender character.