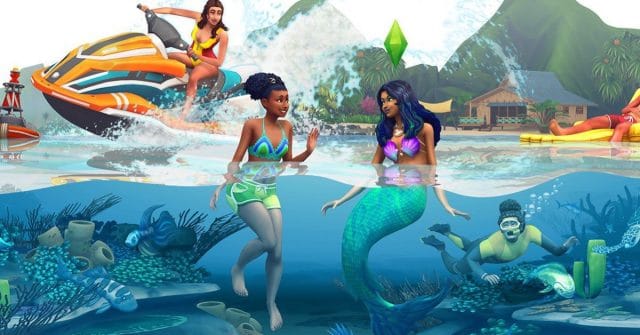 Electronic Arts announced details of new Pride content to be released in The Sims 4 later this month.

Speaking at the EA Play event, the video game company unveiled new Pride content that would be available in-game as part of a partnership with the It Gets Better Project.

The Pride content will roll-out from June 18 on The Sims 4 on PC, The Sims FreePlay and The Sims Mobile, and will be available on console versions of the game in July.

Players will be able to access exclusive It Gets Better and Pride in-game clothing as well as a variety of Pride items, including a gender neutral bathroom door.

The It Gets Better Project is a nonprofit organisation focused on LGBT+ youth. It’s not yet clear if the items will be available for purchase or as part of a free update.

The Sims 4 Pride content was unveiled during the EA Play event. (Electronic Arts)

People on social media shared their excitement of the news, with one user saying: “Just found out @TheSims are releasing new LGTB+ and pride stuff!!! My Sims lives can be complete.”

Another said: “I swear this game gets better with every expansion. And I really dig that they’re pushing a Pride update.”

Players are hoping the content will extensively cover Pride, with one Twitter user saying: “With the pride stuff coming to Sims 4, can we get Ace (asexual) pride stuff as well? As an ace person that would be amazing and be wonderful to have the representation.”

Meanwhile, others had extra suggestions to make the game more representative. One poster said: “Listen @EA I’m glad you’re partnering with It Gets Better for @TheSims 4 Pride stuff but can we please also get to dictate our Sims’ pronouns yet rather than have it be attached to what chest they have? it’s been suggested on the forums multiple times over the years. thanks.”

The Pride content was revealed alongside details of a new Island Living expansion pack for The Sims 4.

The Sims 4 will allow players to interact with dolphins and mermaids in the new Island Life expansion. (Electronic Arts)

Available on PC and Mac on June 21 and Xbox One and PlayStation 4 on July 16, the add-on will let players transport their Sims to the tropical island of Sulani. Sims will be able to relax on the beach, enjoy water activities, meet mermaids, become a conservationist and experience all of the cultural traditions this island has to offer.

The Sims 4 haspreviously been championed for allowing players to create transgender Sims, and allow their characters to have romantic relationships with anyone regardless of gender.