Home Gay Life The two World Cup teams with the most out athletes are in... 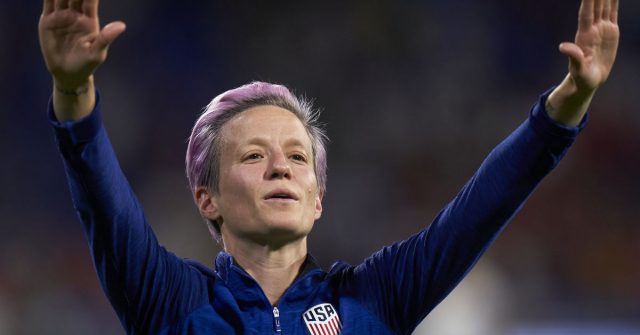 The U.S. and the Netherlands — the two teams with the highest number of out lesbian and bisexual players — will face off this Sunday in the 2019 FIFA Women’s World Cup finals, lending credence to U.S. co-captain Megan Rapinoe’s recent claim that, “You can’t win a championship without gays on your team.”

The U.S. and the Netherlands team both have five out players each, and the U.S. team also has an out coach, Jillian Ellis. Here’s a quick rundown of each team’s out players:

No matter who wins, the out players on the winning team will have successfully progressed through the world’s most challenging soccer tournament during Pride month.

Rapinoe told the media, “For me, to be gay and fabulous during Pride Month at the World Cup is nice.”

With her silly and wonderful (and probably accurate) argument that it’s impossible to win a World Cup without gay players, Rapinoe has … [affirmed] that queer sexuality can be more than an incidental line in a celebrity’s biography: It can also be a source of strength and kinship, a nexus of solidarity with other marginalized communities, and a wellspring of profound joy. For Rapinoe, it appears to be all of these things. And while her sexuality may not inspire her lively footwork or will her shots into the goal, it’s integral to who she is as a person — and who she is as a person, she’s said, is integral to the way she plays the game.

We’ll make sure to cover the final victory as the winner emerges.