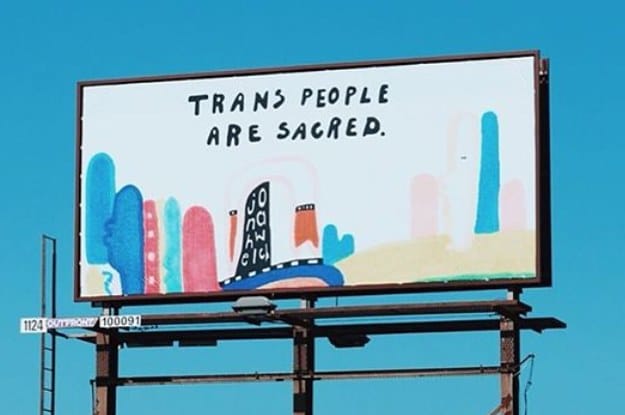 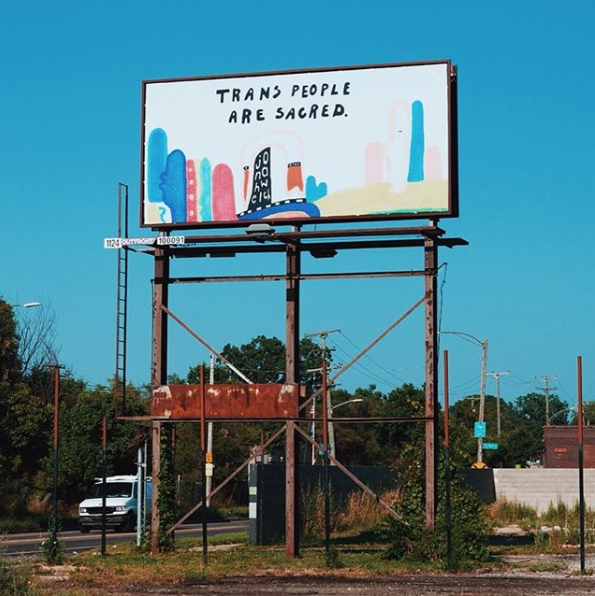 When nonbinary trans artist Jonah Welch went to check out their gorgeous new billboard in Detroit, someone drove by and yelled «what the fuck» at them.

«This is exactly why I made this billboard,» they told BuzzFeed News.

The billboard sits at 7 Mile and Kempa Street and proclaims «trans people are sacred.»

«I just hope people feel free and joyful when they see it, especially trans folks,» they said. 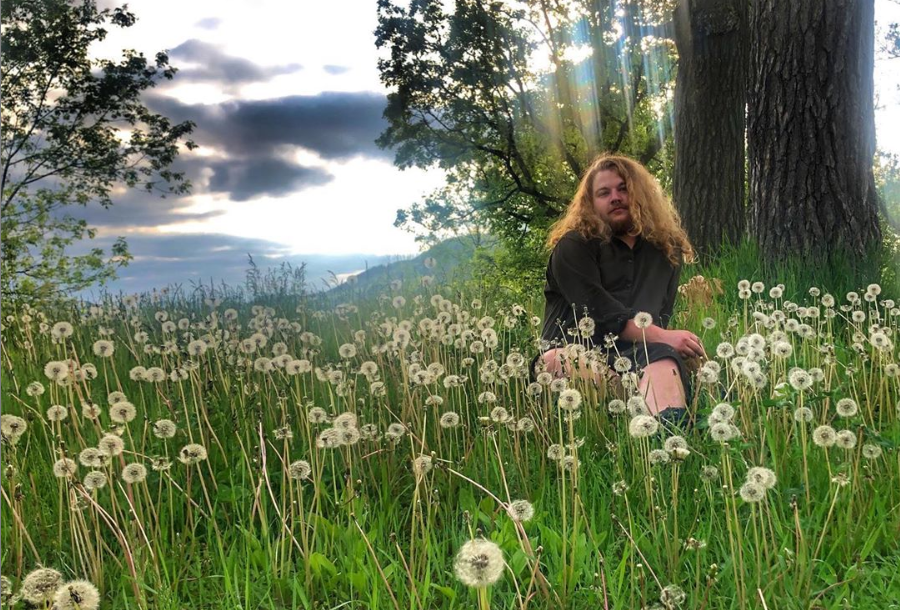 Welch created the piece after being chosen by an organization called Save Art Space, that reclaims public space for art.

Welch said their work delves into abstract surrealism and often goes to a place where trans identities and magic and mysticism meet. The billboard isn’t the first iteration of «trans is sacred,» but it’s definitely the largest.

The phrase itself is something they heard from a friend years ago that always stuck with them. It made them feel like their trans identity wasn’t just okay, but a gift.

«It impacted me really deeply and it’s become a big part of my belief system,» said Welch.

«I know when i first hard that message it really moved me beyond the oppression I was feeling in the day to day. There’s more to defining and valuing myself than the material struggles we have in the world here,» they said.

Welch hopes other trans people who see the billboard feel the same way.

It also means a lot to them to have this work be so big and so public given that at least 11 black trans women have been killed this year, including one woman — Paris Cameron — in Detroit.

«It just means so much to have this in the public eye,» they said.

«I just hope trans people will see it and it will cause a spark of liberation, a separation for a minute from what’s a happening in the real world.»