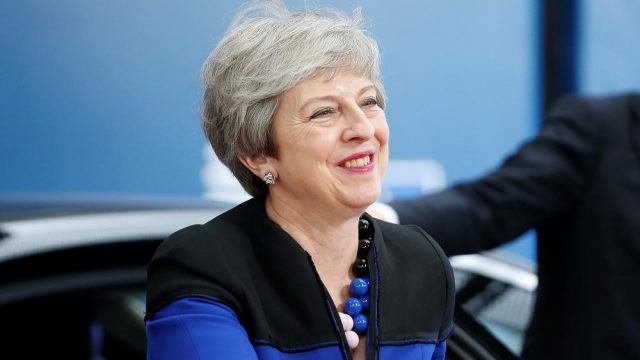 Theresa May faced heat over British arms sales to Saudi Arabia on Wednesday as she took Prime Minister’s Questions for one the final times before stepping down next month,

Opposition Leader Jeremy Corbyn challenged her about the sale of weapons to the Saudi regime, which is engaged in the war in Yemen, highlighting the British government’s recent court defeat by campaigners.

He also highlighted the bombing of Yemen by Saudi forces. “Do we then ignore all evidence in Yemen and continue to supply Saudi Arabia with UK arms?” Corbyn asked.

However, May responded: “Let’s remember why we are seeing this conflict in Yemen — it was the overthrow of the internationally recognised government by insurgents.”

She also laid into Corbyn’s questioning of U.S. and British assertions that Iran was responsible for attacks on two oil tankers in the Strait of Hormuz.

“He never backs Britain and he should never be prime minister,” May said.

Whoever wins the Conservative Pary leadership contest will go to Buckingham Palace on the afternoon of Wednesday 24 July, and May’s final duty will be PMQs on that day.

Few Conservative MPs were in the chamber, according to Westminster journalists — possibly because leadership candidate Jeremy Hunt was taking questions on BBC Radio 2’s Jeremy Vine show at the same time.

SNP leader Ian Blackford accused Boris Johnson of “making a career out of lying” — prompting outrage from Conservative MPs — but he was not forced to withdraw the remark by the speaker, John Bercow.

May responded simply that either Johnson or Hunt would do a “darn sight better job… than anyone sitting on those benches.”

Later in the House of Commons, Bercow said he had not heard Blackford’s allegation.