The first same-sex couples to get married in Asia tied the knot in Taiwan on Friday (24 May).

At least 289 same-sex couples were expected to marry at across the country.

Sean and Marc and Chun-peng Chou and Meng-huan Lin were among the nation’s first to get married. 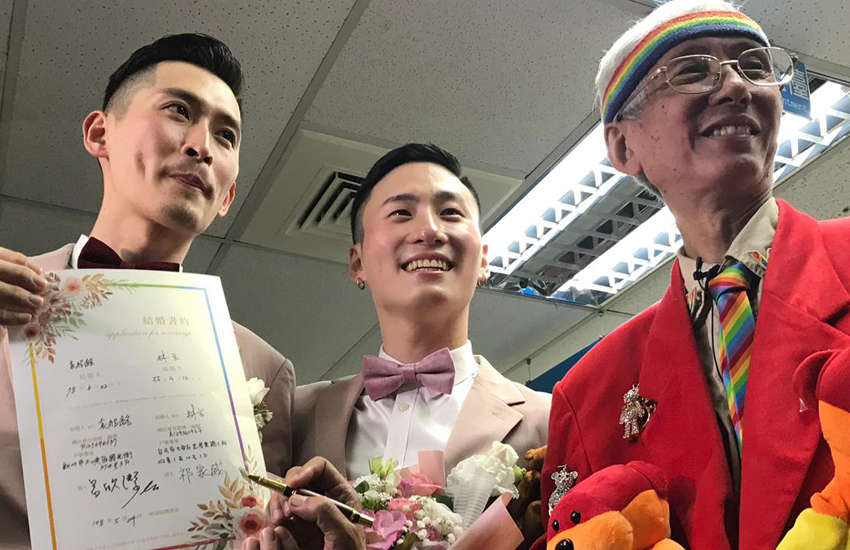