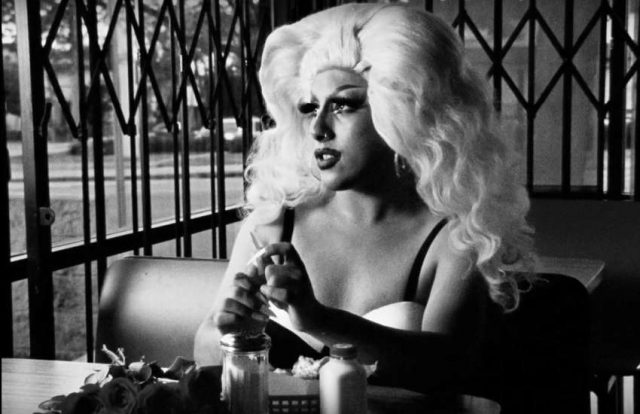 To celebrate US vice president Mike Pence’s 60th birthday, some glamorous drag queens decided to send him a special message.

The directs viewers to the Matthew Shepard Foundation and other LGBTI charities to encourage donations on this special day.

The original saw the Hollywood actress performing with her sultry, intimate voice for President John F. Kennedy in 1962.

But bringing the ingénue vibe to 2019, the birthday video features a drag queen dressed in a remake of the original Jean Louis dress Monroe wore.

However, Happy Birthday, Mr. Vice President sees the queen perform on a stage near-identical to the one Monroe stood on in Madison Square Gardens.

As her dress twinkles, she wishes Pence, a VP with a history of toxic homophobia and transphobia, happy birthday.

The video cuts between various other drag queens – complete with cake and fake furs – before fading into a message asking viewers to donate to LGBTI groups.

Behind the video are creative duo Macie Soler-Sala and Zeynep Orbay.

Soler-Sala, based in Amsterdam, Netherlands, said they hope the video kick-off a movement to demystify the scarcely scrutinised VP of the Trump administration.

‘We want to turn a day reserved for a man who has done nothing helpful at all for the community into one of the most supportive days for it,’ Soler-Sala said.

‘We want to show him and this government he’s helped influence, just how much louder, stronger, and impactful our voices can be.

They added: ‘All in a way that’s honest, heartfelt, fun, and a little sexy. We hope this is his best birthday yet.’

One of Pence’s earliest plunges into controversy was in 2000. Kicking off his vocal track record of opposing LGBTI rights, he stated that Congress should be against a ‘discrete and insular minority.’

In 2015 Pence, then the 50th governor of Indiana, signed Indiana Senate Bill 101. Effectively permitting discrimination against LGBTI persons on the basis of religion.