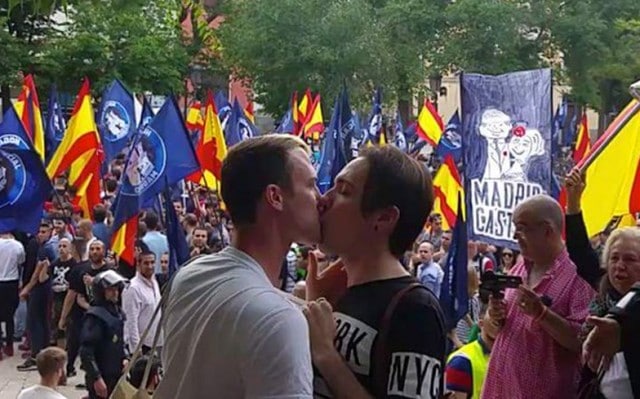 These two men decided to show who they really are sharing a kiss in protest of neo-Nazis who hurled homophobic slurs at them during marchers.

The group of far-right protestants, Hogar Social Madrid, went through the central part of Madrid speaking out against the welcoming of refugees on Saturday 21th of May.

During these marchers gay couple – David Fernández and his date, Gregor Eister, were looking for a place to buy some drink when they unintentionally got caught up in the protest.

David said: “We stood in the corner of the square and watched. Then they stared yelling things at us like ‘faggot’. So I turned to my friend and did what I thought would annoy them the most.”

Videos and pictures taken during this hot moment leaked to social media. Video shows how their kiss was broken up by a police officer. 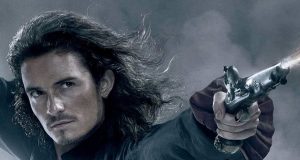 The incredible true history of gay pirates and their strangely modern...

Nick Gayer
0
From deadly cross-dressing pirates having a lesbian-affair to booty, rituals and same-sex civil unions The lesbian and gay pirates of the 17th century lived a... 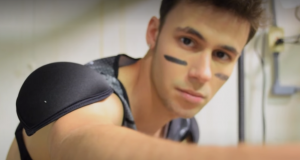 Ervin Brue
0
You may remember Jack Merridew from last Halloween: He created a video that quickly went viral, in which he asked his mom for advice... 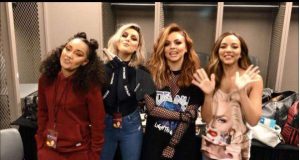 Nick Gayer
0
Their recent hit "Secret Love Song" has become an anthem for the LGBTQ community, and now Little Mix has another reason for us to...