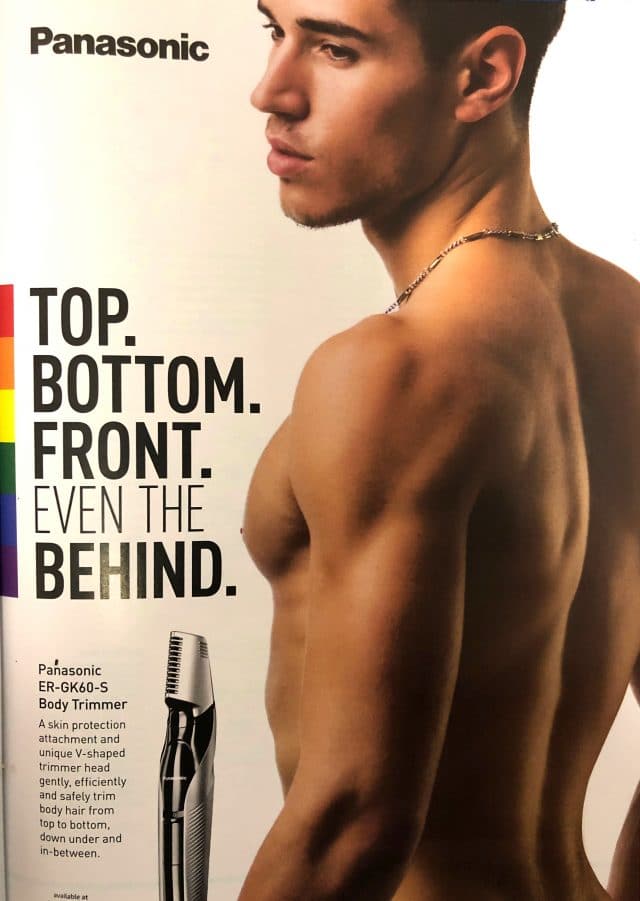 Remember those dark days when major brands refused to advertise in gay media, claiming the content was too sexual?

Well, today those same brands are putting rainbows on just about everything, but they still largely shy away from getting too sexual in their campaigns, perhaps fearing a backlash.

Yet Panasonic Corp. this month published an ad in OUT magazine that sounds more like a sassy Grindr profile: “Top. Bottom. Front. Even the behind” for its body trimmer shaver next to a shirtless guy.

It made us wonder if any other advertisers have talked about gay bedroom positions, and it turns out there are several.

Here’s a list of brands going beyond the rainbow to use gay sex to draw consumers, just as they have long done in the hetero market. 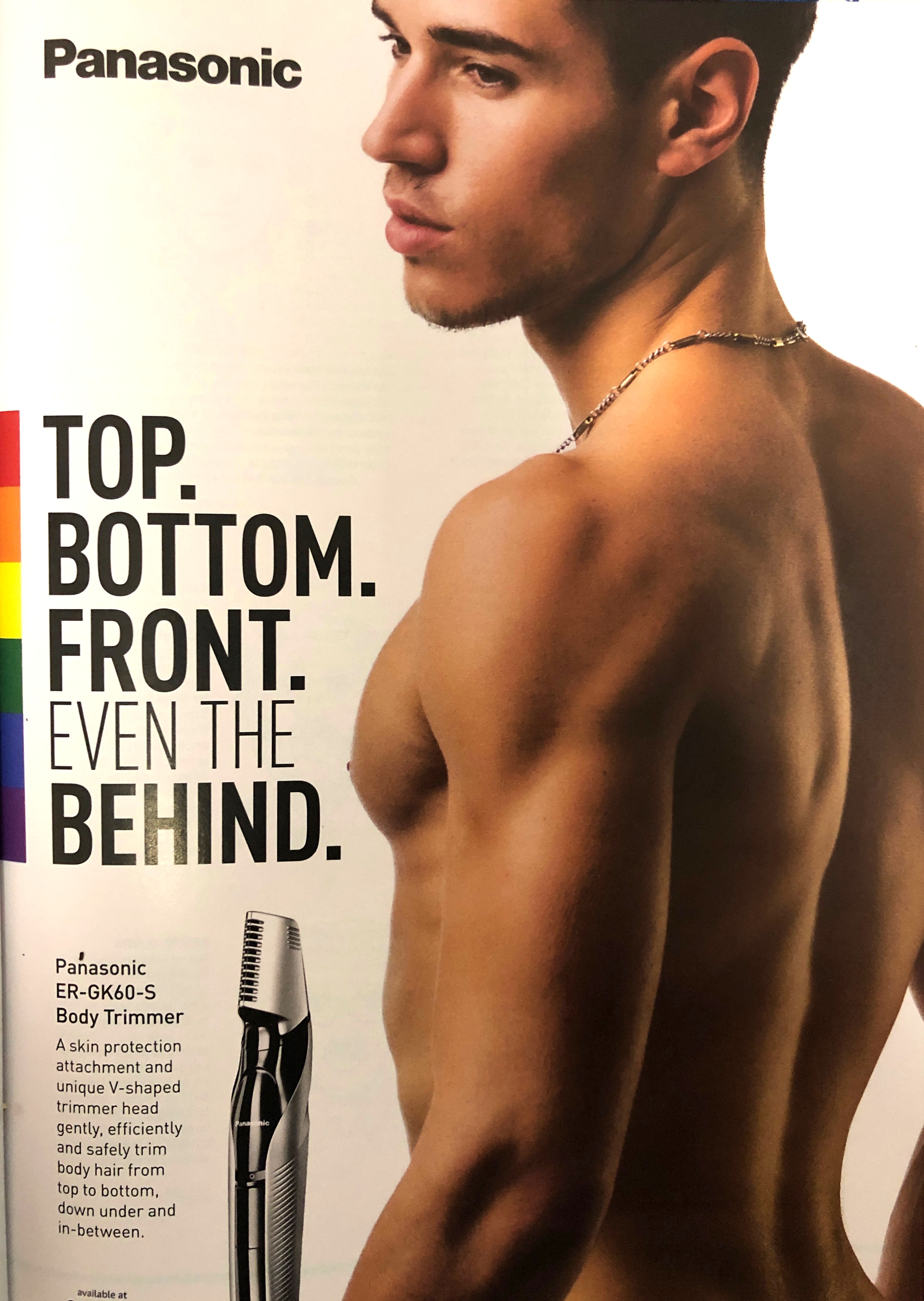 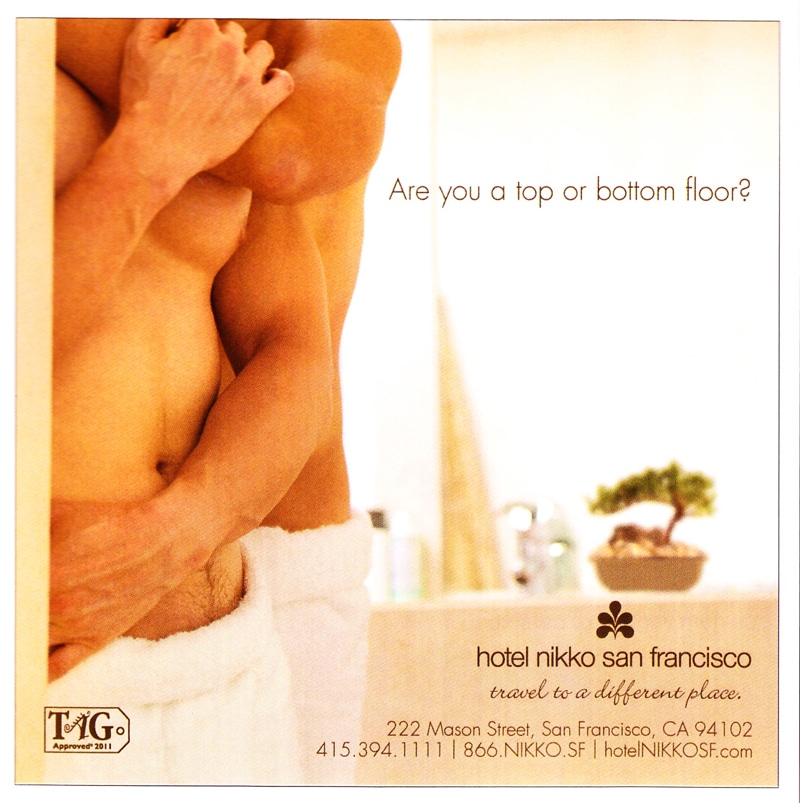 Meanwhile, San Francisco’s luxury Hotel Nikko in Union Square, a regular in gay media for years, once pictured not one but two shirtless torsos hugging, and asked in its ad, “Are you a top or bottom floor?” 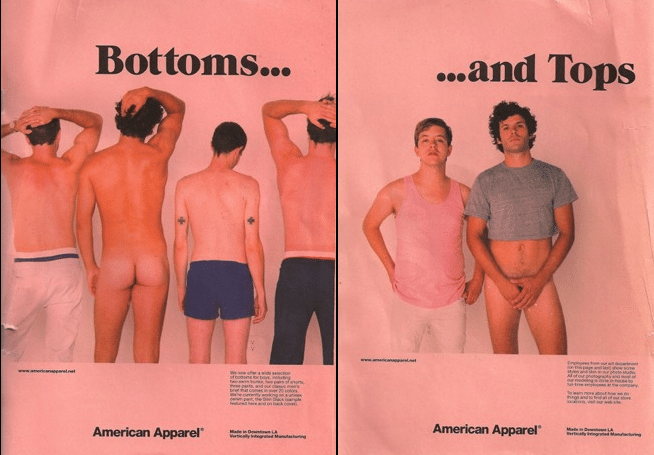 It was 11 years ago when edgy clothing retailer American Apparel, known for its porn-style ads, ran a quite literally cheeky spread in the sex-positive, queer pink-paper magazine, BUTT.  On the left side were four men’s backsides (one naked) under the title “Bottoms.” On the right side were two men facing forward (one without pants) under “Tops.” (BUTT shuttered in 2011, and American Apparel stores went bankrupt in 2016 but now the brand operates online.) 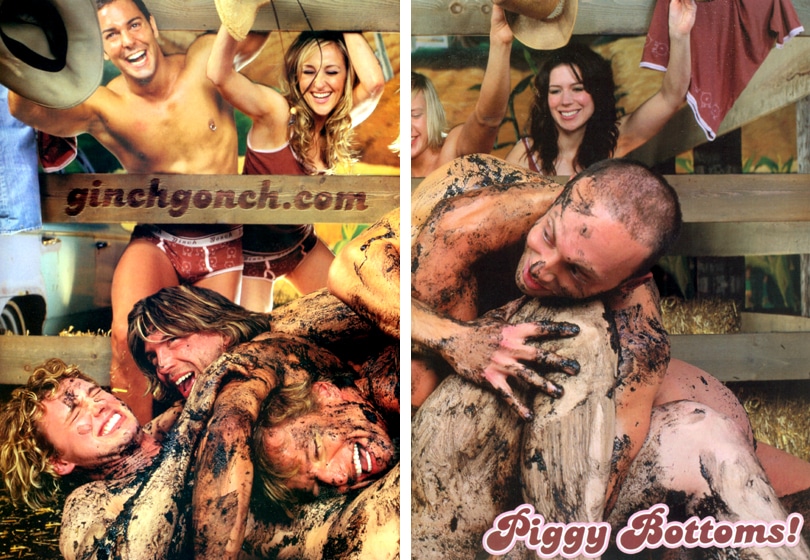 Another fashion brand unafraid of referencing sex, Ginch Gonch of Vancouver, decided to illustrate the term “Piggy Bottoms” for its underwear line. It showed four men mud wrestling but wasn’t as revealing as some of its other sexy ads. The brand, of course, has heavy competition from others targeting the gay market, from Calvin Klein to C-IN2. 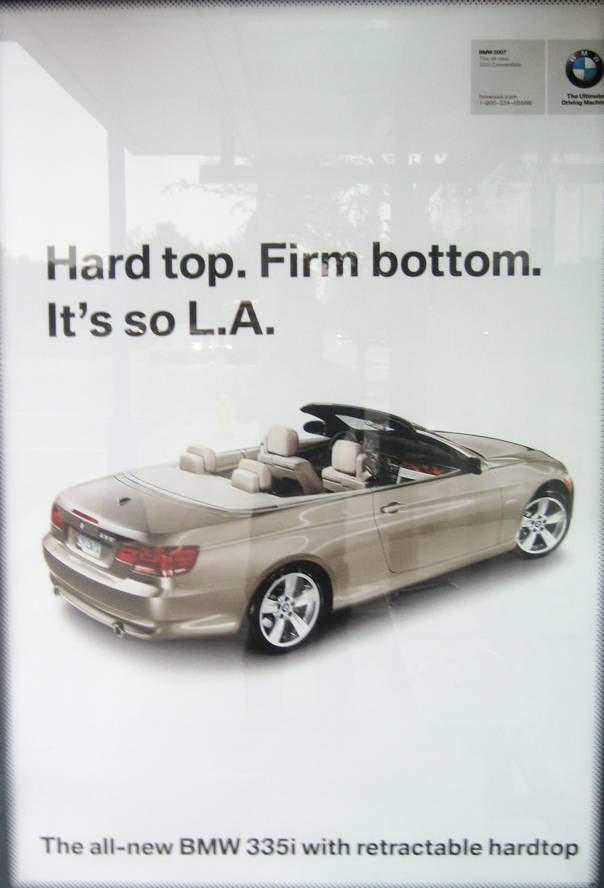 BMW ran bus shelter ads across the City of Angels with the headline, “Hard Top. Firm Bottom. It’s so L.A.” This time, there were no hunky men, just a convertible car with a retractable hardtop. 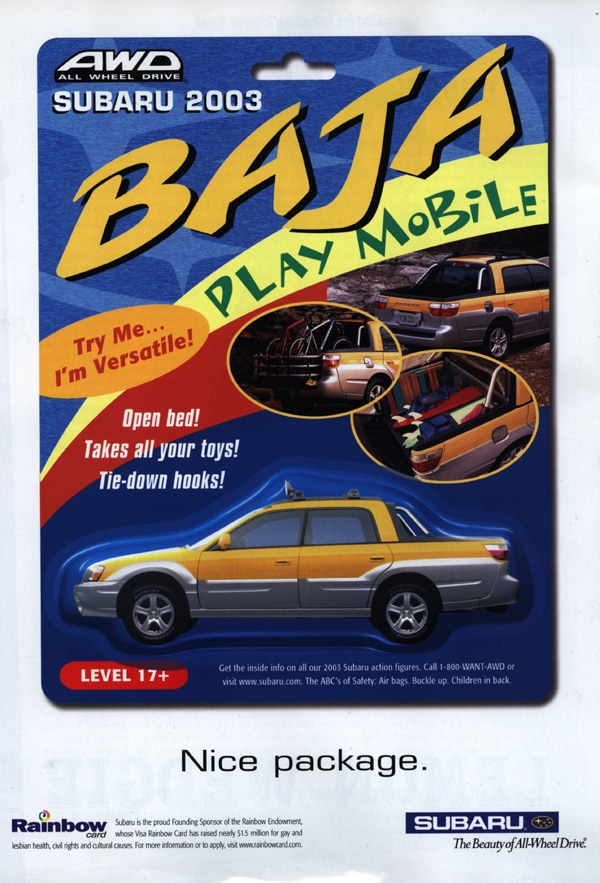 Another car company, this time Subaru Corp., also was brave enough to talk sex metaphorically – but the only one willing to say, “Try me…I’m Versatile!” The ad for its Baja was meant to look like a children’s toy package, and further boosted the double-entendre selling points: “Open bed! Takes all your toys! Tie-down hooks!” 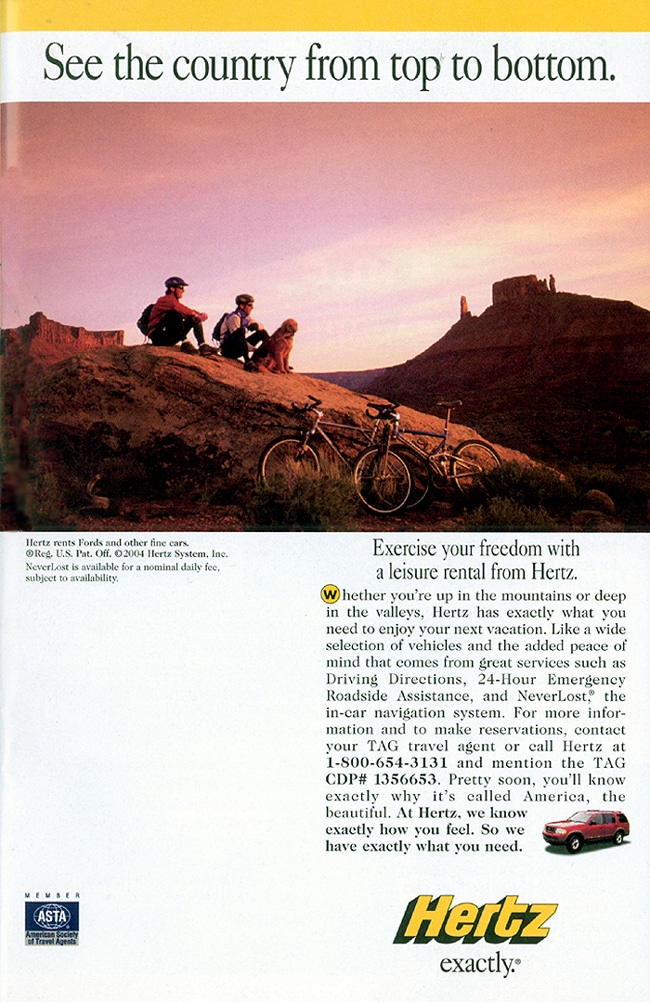 Even The Hertz Corp. rental car company went there, in a gay travel booklet. “See the country from top to bottom,” it says, as two men and their dog sit atop a scenic Western vista. 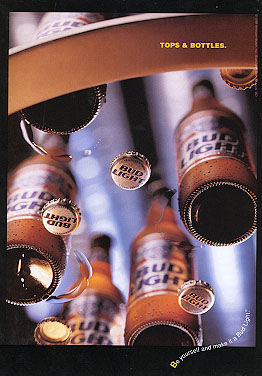 But the earliest advertiser to get into gay positions terminology was Anheuser-Busch for Bud Light. Back in 2000, it ran a print ad with the word-twist headline, “Tops & bottles.”

Tell us which Top/Bottom ad you think is the “Top?”

Michael Wilke has covered LGBT issues in advertising since 1992, is the founder of AdRespect.org, and Senior US Consultant for LGBT marketing and diversity firm Out Now.