Home Gay Life This Dude Wants To Start His Own Country For Gay People, No... 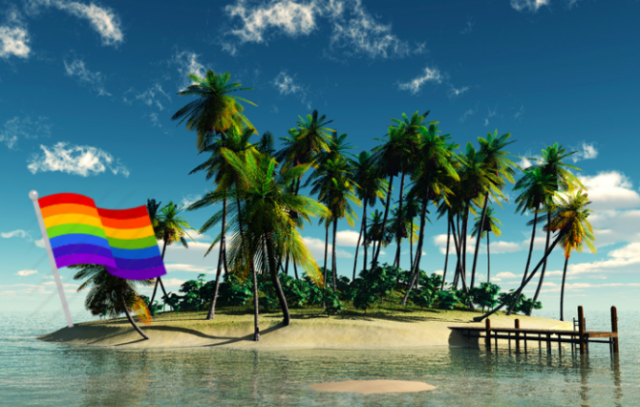 “We need a cultural and political centre, where we can develop new, better ways of gay living that are more suited to our nature,” LGBTQ activist Viktor Zimmerman tells Vice in a new interview.

That is why he is proposing a new country exclusively for gay people, no heteros allowed… OK, OK, maybe some heteros can live there, but, Zimmerman insists, “their numbers will be limited and they will not be in charge.”

“Bringing gay people together in a creative and affirmative environment will release a tremendous energy,” he proclaims. “Thousands of gay artists, writers, sculptors, filmmakers and songwriters will be brought together in one spot. There would be no more cultural oppression from the hetero; all the public spaces would be decorated with gay artwork.”

Zimmerman adds that his new gay city-state will also provide “a safe haven for millions of gay people” who are currently living in “dangerous circumstances.”

“Our purpose is to establish a free, independent and democratic gay state,” he says. “We strive to initiate one or more self-administrated settlements for gay people, and look to promote their economic, cultural and political development.”

And where will this all-gay country be located? Zimmerman isn’t sure yet, but, he says, “it should be somewhere where there is sufficiently cheap and habitable land available in a warm climate by the seaside.” He’s thinking maybe some place in South America would be nice, or “a friendly Buddhist country in southeast Asia.”

He continues: “The next step would be taking a long-term lease on a moderate-sized territory from an existing country. The territory will be used to establish a settlement on conditions of extraterritoriality. Legally, it would still remain the territory of the host country, but we could administrate it according to our own laws.”

And as for keeping the population from dying off, Zimmerman says immigration will be key.

“We all know how gay babies are made–there are millions of them being born into this world year by year, without any effort on our side,” he explains. “All we need is for a fraction of them to pack their stuff together and move to the gay state.”

Zimmerman is convinced that if enough LGBTQ people sign on to his project, they can actually make it happen. Like, for real.

“We are confident that one day gay people will have territorial control over a sovereign territory.”