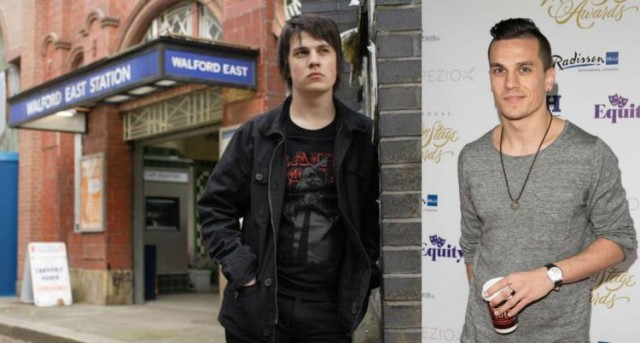 The long-running show EastEnders is coming back in force with an explosive storyline, as the producers declared. The show will not lack gay characters, such as Christian, who is coming back and a new guy that will probably become a favorite.

The newcommer will play the role of Steven, a troubled character that came out as gay after kissing Christian. No more wondering who this is, we talk about Aaron Sidwell who back in 2014 announced a possible comeback.

Other gay characters in the show include Christian played by John Partridge. “I am thrilled to be able to return to EastEnders whilst touring the UK with Chicago,” Partridge said.

“Christian is never far from my mind – I turn my back for five minutes and look what happens.”

Gay character Johnny Carter is also going to return to the show, later in 2016. For now, we don’t know who’s going to play the role, but it’s going to be “explosive.”

“The Carter family quickly became one of EastEnders’ most iconic families and there are lots of stories planned for them, but it felt it would be a shame if those stories had to be told without Johnny’s involvement,” a source revealed.

“Whoever gets the job will be landing themselves a dream role.”

Stay tuned for more news about EastEnders because there’s a lot gay action going on!