Home Gay Life This is how Elton John biopic, Rocketman, is doing at the box... 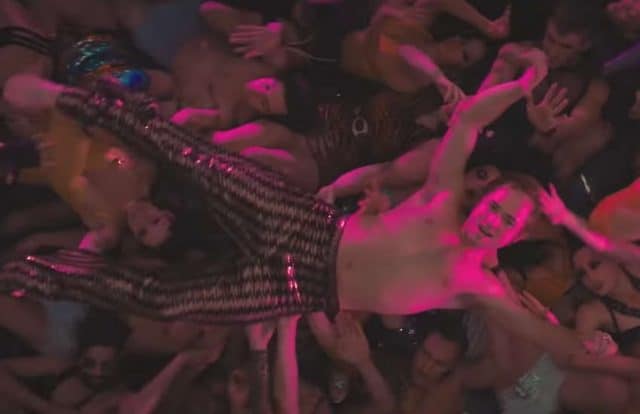 A movie about the life of the world’s biggest gay singer is bound to make waves. And Rocketman has certainly done that.

From sparking debates about straight actors playing gay roles – heterosexual Taron Egerton plays the lead as Elton John in the biopic – to controversy of gay sex scenes being cut, it’s made the headlines more than a few times.

Yet it all seems to be worth it. The dramatization of the highs and lows of Elton John’s life made a huge splash critically. On review aggregate site Rotten Tomatoes, the movie is currently on 91% (88% for audience score).

In the US, Rocketman faced up against some big hitters, facing against Godzilla: God of Monsters and Disney’s Aladdin in its second week. However, it still came in third with a $25 million opening weekend.

This makes it the fourth biggest opening for a music biopic, behind Straight Outta Compton, Bohemian Rhapsody, and All Eyez on Me.

Bohemian Rhapsody, which told the story of bisexual singer Freddie Mercury and his band Queen, opened at $51,061,119.

suggest this is well-ahead of Paramount’s expectations for the film. They expected around $18 – 20 million.

The film is in its second week in the UK totaling $15.3 million. The next highest grossing countries are Australia at $3.9 million, France at $1.8 million and Germany at $1.5 million. This makes its international accumulation at $31.2 million.