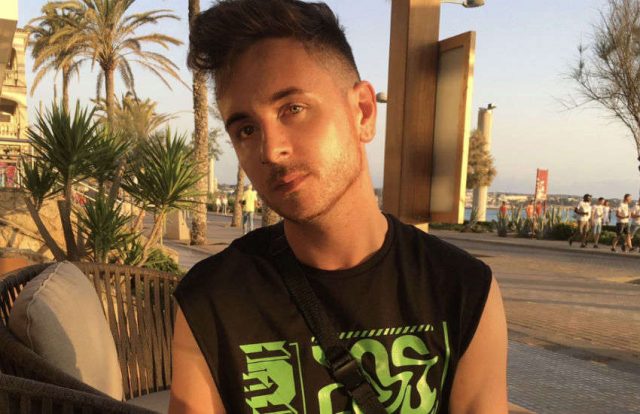 OK, I admit it. Nothing makes me want to barf more than an over-zealous display of public affection.

Seeing an improbably gorgeous woman locking lips with her jawbone hunk boyfriend makes me want to have my mind wiped. Especially when it’s in the middle of the street. More so if it’s during my lunch break, particularly when it’s .

Do you want to know why it riles me up so much? It’s because as a gay man, I’m not afforded such simple luxuries.

I remember at young age watching my peers explore their feelings for each other, completely comfortable with how natural they were. Parents, even teachers, often encouraged them to pursue relationships.

I was envious. I felt a hot, acidic burn in my stomach because I knew I’d always be too self-conscious to ever do the same with someone I liked. Which is why I have only really shown affection publicly three times.

The first time was with a boy called Thom. We were 16 and at a New Year party. I sat with my arm around him, only to have it briskly shrugged off seconds later following a dirty glance from someone stumbling by.

Later we tucked ourselves away in the corner pretending to sleep, deliberately hidden from our peers. His hands folded secretly into mine, both of us barely flinching in case someone noticed.

The second was with Lee, a boy I’d been dating for a couple weeks. He was never shy with showing his affections; the sort of guy that would text every morning on his way to work, and always me described in warm ways.

We’d emerged from a bar two streets from his flat, a few vodkas in, then he leaned in and his lips landed on mine. I hoped against hope that no one saw us kissing in the street, and if they did, they didn’t judge me for it. Yet the moment remained uninterrupted, but the fear still lingered in the air, very much present.

Third was with my ex, who I’ve tortured enough in the public forum and won’t name. It was a simple afternoon, and the arrival of hateful comments wasn’t forecast at all.

Our blissful moment of holding hands concluded sharply when two older men walked by; one delivered a filthy look, and the other yelled ‘’ in a disgusted tone at the top of voice.

I immediately let go of my then-boyfriend’s hand. What was blissful now felt like a hostage situation; as if I was waiting in line to get punched for no reason. Suddenly I felt all wrong with him by my side, my face red, shaking from embarrassment, sinking into the pavement waiting for it to be over.

‘What a goon,’ my ex said, then he reached for my arm and dragged us away.

Later that night I was crippled by what felt like shame, but I later diagnosed as anger. It was one word; one measly comment made by some discount hob-goblin in the street. Yet it shook me.

Why is it one rule for straight couples, but quite the opposite for us? To me our love was universal, but the rest of the world met it with judgemental eyes.

We are all too aware of the dangers LGBTQ+ people face if they opt to be affectionate with their partner in public. We all know the fear that accompanies each kiss, the potential repercussions that comes with holding hands. And how something as simple as a hug risks a delivery of abuse – both physical and verbal.

My experiences are tame compared that of others. Especially if you compare it to the recent attack on a female couple, , on a London bus last week – which was a horrific display of homophobia, ignorance and misogyny. Yet these attacks do happen across the world. Daily.

But should we let fear stop us from showing public affection? Will I let it stop me? The answer is no.

I used to always apologize out of obligation. I’d say to myself, ‘I shouldn’t be kissing my boyfriend in public,’ but I’m going to stop apologizing for doing it, because, sure, it’s annoying but it should my equal right to be as annoying as straight couples that get to do it.