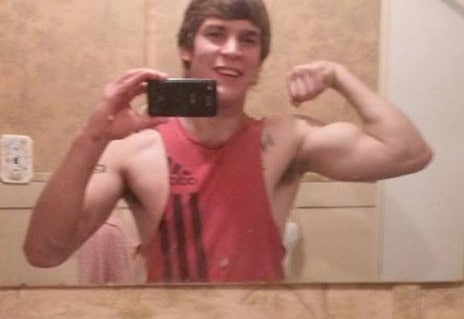 I’ve heard of men loving their cars, but this story takes vehicular affection to a whole different level.

According to The Smoking Gun, Ryan Malek, a 23-year-old Kansas man, was charged Wednesday with lewd and lascivious behavior when he attempted to copulate with a parked car in public with six witnesses present.

I kid you not. And some folks think gay sex is weird?

Police were summoned to the scene in Newton, Kansas, 25 miles south of Wichita on May 1 where they found the young man trying to insert his penis into the tailpipe of a car parked at an apartment complex.

However, there was no crossing the finish line of this ménage-à-truck as it was auto-interupptus when police tasered the man and took him into custody.

Malek is accused of exposing himself with the intent of arousing or gratifying “sexual desires.” Who said romance was dead?

He heads back to court on July 19 to explain his clearly intoxicated actions.

While there is an established fetish called “mechanophilia,” which includes sexual attraction to bikes, helicopters, ships, and airplanes, I thinking this was a case of acting out from the alcohol in his system which was four times the legal limit.

That means he had a dangerously high .32 BAC.

The guy seems cute and could probably find a human to have sex with, don’t you think?