Home Gay Life This picture of Justin Trudeau’s bubble butt is sending the Internet into... 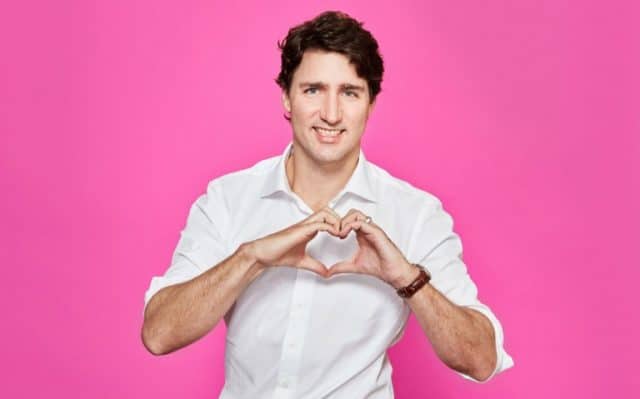 HE’S ALL ABOUT THAT BASS.

We’re all agreed that Justin Trudeau is some serious levels of boyfriend goals. If you’re not yet convinced, this latest snap of the Canadian Prime Minister is sure to change your mind.

While going about his daily duties of public speeches, we couldn’t help but notice a certain part of his body — and neither have you.

The PM’s tightly fitted trousers have caused quite the internet storm, showing off his rather peachy behind.

Don’t believe us? Take a look for yourself…

Retweet if you've spent more than twenty minutes alone with that photo of Justin Trudeau's butt in slacks today.

I made a quick reference guide for looking at Justin Trudeau pic.twitter.com/8EL8z2TRwO

Anyone hungry for some Trudeau?

Would start a war to eat Trudeau out. pic.twitter.com/wuD4CgWcVX