Home Gay Life This school just fired a gay teacher so they could keep their... 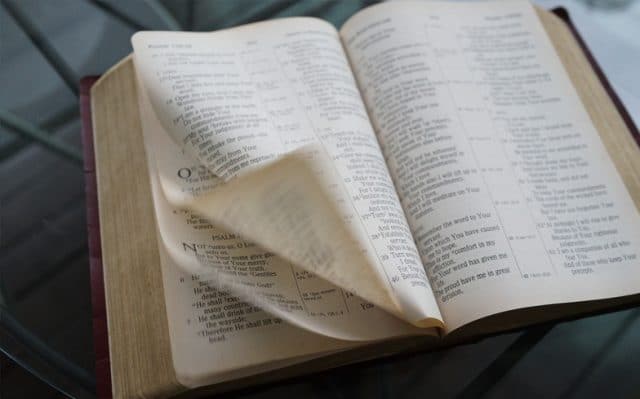 A homosexual teacher has been fired from a Catholic school because they didn’t want to lose their “Catholic identity”.

Earlier this week, Cathedral High School published a letter about the “agonizing decision, made after 22 months of earnest discussion and extensive dialogue with the Archdiocese of Indianapolis about Cathedral’s continued Catholic identity.”

The Indianapolis school said they had no option but to fire the teacher – who hasn’t been named – due to pressure from Archbishop Charles Thompson. He threatened to take away the school’s privileges if they didn’t agree with his demands.

Thompson also asked the Brebeuf Jesuit Preparatory School – also in Indianapolis – to fire a homosexual teacher, and when they didn’t comply, he stripped them of their Catholic label. This means it is no longer considered a Catholic institution.

“It is Archbishop Thompson’s responsibility to oversee faith and morals as related to Catholic identity within the Archdiocese of Indianapolis,” they wrote in the letter, which you can read in its entirety here.

“Archbishop Thompson made it clear that Cathedral’s continued employment of a teacher in a public, same-sex marriage would result in our forfeiting our Catholic identity due to our employment of an individual living in contradiction to Catholic teaching on marriage,” they stated.

“Additionally, we would lose the privilege of reserving the Blessed Sacrament in our chapel’s tabernacle. Cathedral has been a Catholic school for the past 100 years and our Catholic faith is at the core of who we are and what we teach at Cathedral.”

They said they are committed to educating their students in the tenets of Catholic faith but with an emphasis on the Holy Cross tradition, which means they have to follow the “direct guidance” from the Archbishop and “separate from the teacher”.

“In today’s climate we know that being Catholic can be challenging and we hope that this action does not dishearten you, and, most especially, dishearten Cathedral’s young people,” they later addressed their students.

“We know that some individuals do not agree with every teaching of the Catholic Church and so their conscience struggles between the teaching and what they believe is right.

“We want you to know that we respect an individual’s conflict between teaching and their conscience. We will continue to educate and root our students in the fullness of the Catholic faith with an emphasis on the Holy Cross tradition.”

When the Brebeuf Jesuit declined the Archbishop’s demands, they also wrote a letter and explained why.

“Brebeuf Jesuit has respectfully declined the Archdiocese’s insistence and directive that we dismiss a highly capable and qualified teacher due to the teacher being a spouse within a civilly-recognized same-sex marriage,” they said.

“After long and prayerful consideration, we determined that following the Archdiocese’s directive would not only violate our informed conscience on this particular matter, but also set a concerning precedent for future interference in the school’s operations and other governance matters that Brebeuf Jesuit leadership has historically had the sole right and privilege to address and decide.

“What’s more, we also recognize the harm that adhering to this mandate would cause our highly capable and qualified teachers and staff. As an institution with a mission to develop , our intent has been to do the right thing by the people we employ while preserving our authority as an independent, Catholic Jesuit school.”