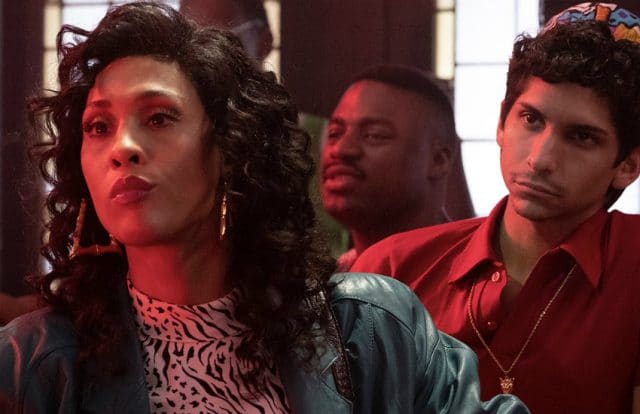 The parade takes place today (9 June), just days ahead of the season two premiere of Pose.

Singer Ricky Martin will be the at the parade. Rodriguez is being recognized as 2019 Trailblazer Honoree.

‘Playing the role of Blanca Rodríguez Evangelista, Rodríguez leads the largest cast of transgender actors in a scripted television series ,’ the press release reads. ‘In 2011, she won the Clive Barnes Award for her role as “Angel” in the off-Broadway revival of Rent. Raised in Newark, New Jersey, graduated from Newark Arts High School and attended Berklee School of Music.’

‘Believe it or not, I’ve never really been to the Parade before, but goin’ for my first time, and actually being around people who are just like me. It feels good. It’s liberating. It feels good,’ Rodriguez .

Rodriguez also used this opportunity to remind people that Puerto Rico has still not fully recovered from the devastation of Hurricane Maria in 2017.

‘A lot of people still haven’t got the care they needed since the last hurricane that has happened. You know and it’s really just trying to rally us together, and we’re a community and we’re here to support each other,’ she said.

Rodriguez also believes it’s important for the community of Puerto Ricans to view her as a trans figurehead.

‘They need to see that because they need to see that I’m a normal person,’ she explained. ‘They won’t have to see me so much as the “trans” figure but they’ll see me as the woman who is trying to make her way for many other Hispanic Latina women of my experience.’

‘You want people to see you as who you are but also to see your talent, and when I went into that room and they fully saw me for who I was,’ Rodriguez said of her audition for Pose. ‘They didn’t tag any titles to me. They just saw the actress that was in front of them. That’s when it was all solidified for me. That’s when I felt OK I can make my stamp in this world.’

The cast of Pose will also at this year’s New York City Pride parade.